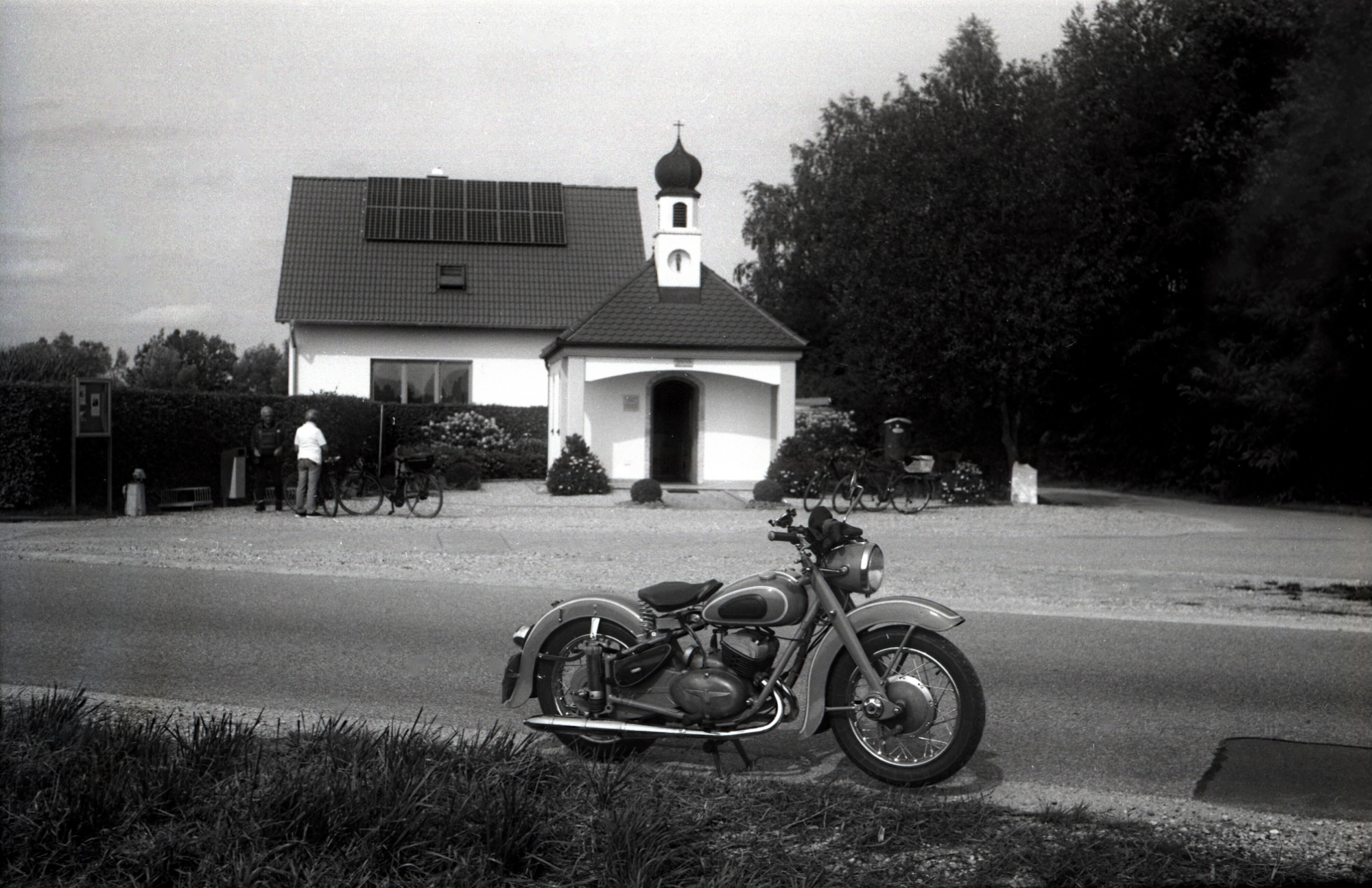 Gallery: The Adler flies to Mariabrunn 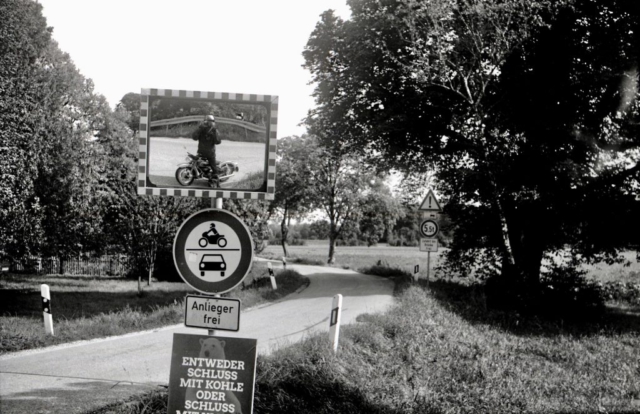 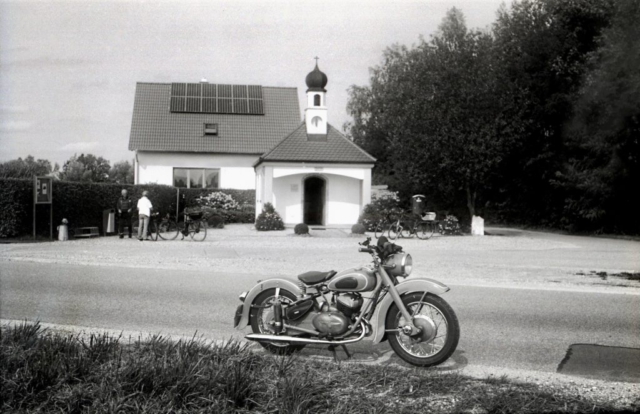 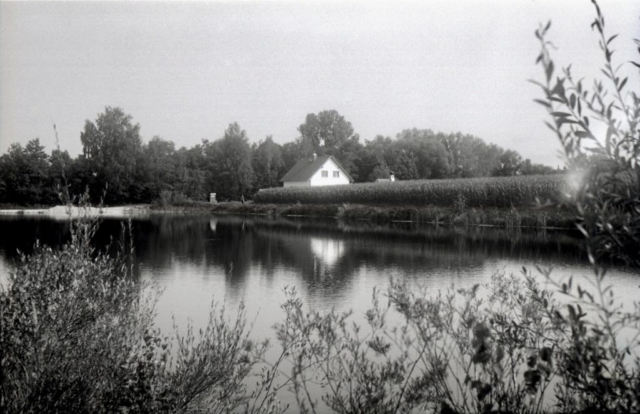 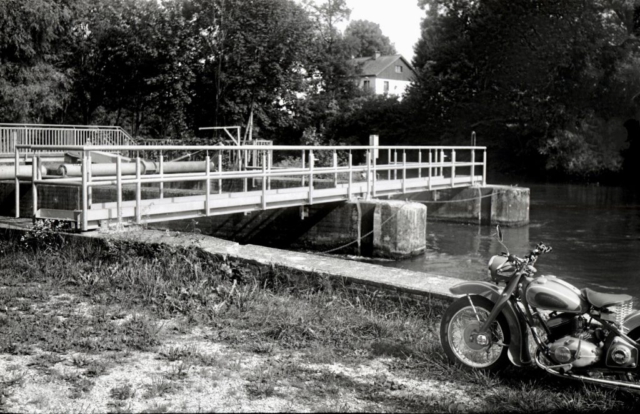 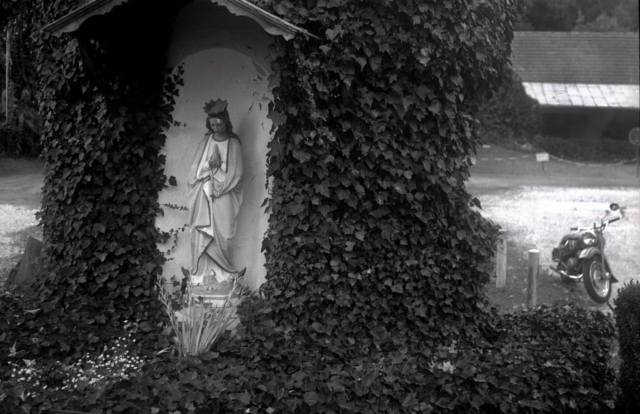 This is a trip with two time machines – my Adler M200, a german motorbike built in 1953 and my Super Ikonta which is another 16 years older built in 1937.

It is a day in late summer 2017, the sun is still high in the blue sky dotted with white clouds, and i am looking for the little roads that lead out of the city of Munich to places like Oberschleißheim and Badersfeld through the bog to Haimhausen at the Amper river and further on to  Amperpettenbach, Sulzrain and Lotzbach to my final destination Mariabrunn with its beautiful little church.

Travelling the small, narrow country lanes that fit the old motorbikes of the nineteen fifties, the 200 cc two stroke twin glides happily along, purring like a little red cat made of steel and rubber. The delicate front fork with its short swingarms does a little stepdance over a series of potholes, and when i open the throttle to accelerate the silencers exhale bluish clouds that smell of two-stroke oil and long forgotten freedom. The Super Ikonta is safely stowed away in my rucksack, travelling in its leather everready case i pinched from a Moskva 5. If you decide to take a  6×9-camera with you on a motorcycle trip you definitely should choose a Super Ikonta – you won’t get a smaller packet than that. During my frequent stops at the roadside i take it out, open the flap on front of the camera and listen to the lush, smacking sound with which the massive  105 mm Carl Zeiss Tessar drags the leather bellows out of their metal shell. After i secured the lens with a little click i measure with the special Zeiss rangefinder the distance to the Adler standing there in all its beauty.  My thumb cocks the shutter, my index finger moves the glinting metal arrow to the aperture number my old Sixtomat exposure meter tells me and with a faint whisper the leaf shutter lets the bright light of this summer for 1/200 of a second inside the camera to bite into the emulsion of a roll film that lies there in total darkness. Or should i better say „not so total darkness“, because agter i developed the film a week later i see that the bellows must have a little leak in one of its folds that painted white wedges on some of the frames, reminding me that the light finds its way through the tiniest holes and that time machines too get older, even if they are sturdy ones like a Super Ikonta.