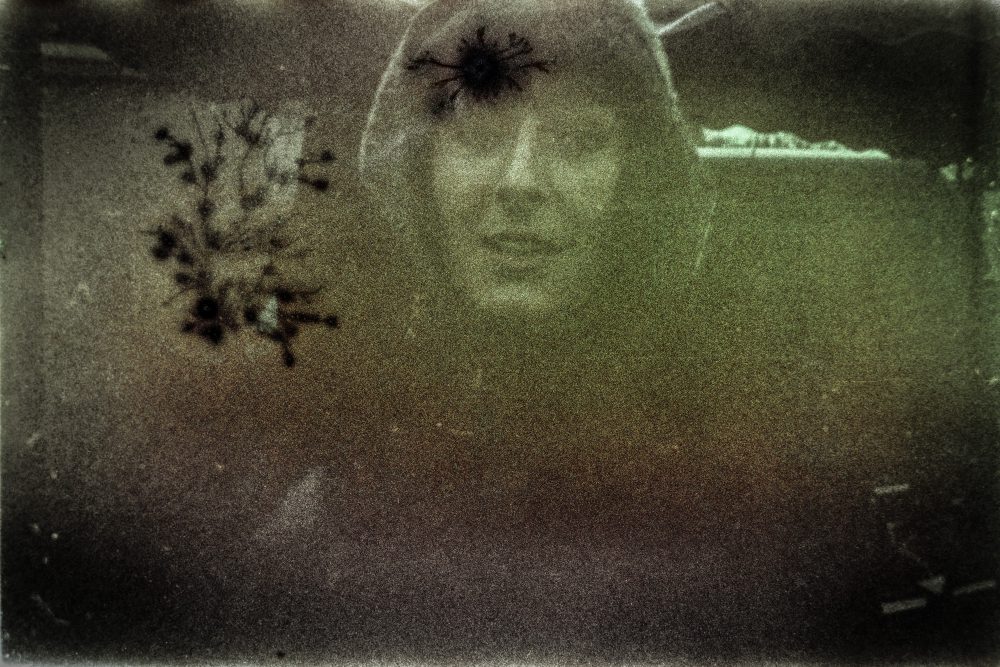 The pictures from the Retina IIIS

The first two pictures on this film show a heavy blueish green tint and are not in focus. It’s almost like the photographer took these two shots in order to be sure that the camera transported the film properly to picture one.

We see a street as we find it in a lot of european cities.

Concrete,  pavement, an iron drain cover and small or medium class cars that were ubiquitous in the first decade of this century. No SUVs, no family saloons, no luxury cars that crowd the streets of the late 2010s. On the first picture we see a person with an umbrella, although the street is not shiny from humidity.

On the second picture we see a parking lot behind steel bars that could be the same that we also can see on picture one. A man wearing blue jeans carries a white item that could be a bag. The light is as dull and shadowless as in shot one, another indication that the two pictures were taken one after the other in a short span of time. The third picture on the Superia 1600 shows a young woman with full lips and dark eyes. The fact that she is wearing a jacket with a hood and stands unter some sort of awning  could mean that the picture was taken on a rainy day. Her open, friendly facial expression could mean that she knew the photographer and was looking at the camera because he or she wanted her to do so. The colors of this picture are faded to an extent that is almost monocrome, and two strange artefacts can be seen – one on the woman’s forehead, looking like a ball of wool with six tentacles, another to her left, reminding me of the silhouette of a dried plant. I wonder whether the woman had a notion that this picture of her would sleep for a very long time in the camera before it got developed by a complete stranger?