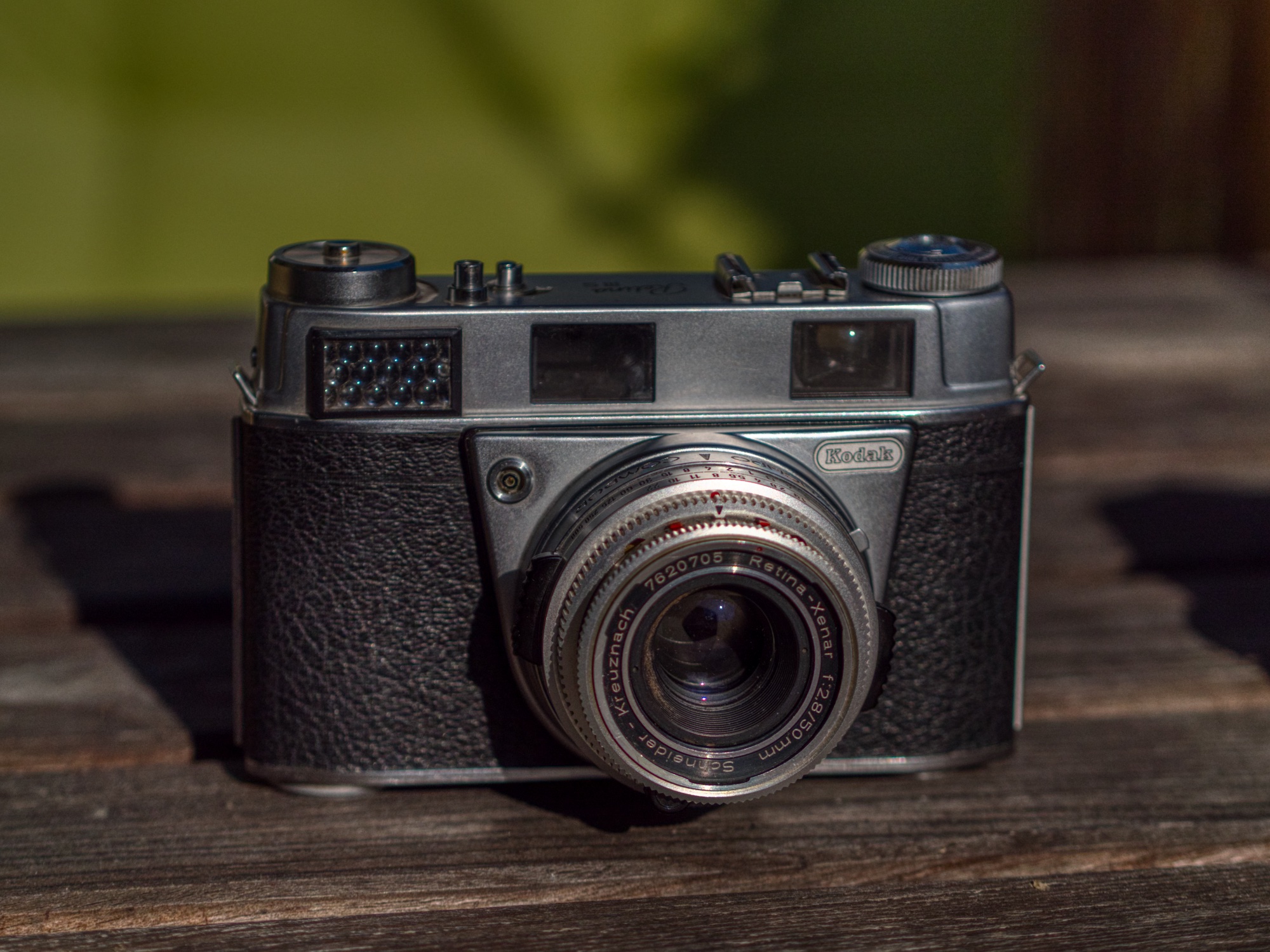 Part 1: A camera and it’s film

Whenever i buy a used camera online or in a shop,  my hand goes to the rewind knob to tes whether there is a film left in the camera. A forgotten film, most often a vintage color film from either Agfa or Kodak, a chemical time machine of its own that has not been produced for a long time.

The film i took out of a recently bought Retina IIIS, a mechanical range finder camera that has been produced from 1958 to 1961 by the Kodak camera works A. Nagel in Stuttgart,  Germany, does definitely not fit into this category. It is a rather modern emulsion, a high speed Fuji Superia 1600 that was discontinued in 2016 after having been on the market since 1998.

Considering the state the pictures on the developed film were in i am quite sure that this film must have been produced in the early years of the emulsion’s life span. When i got it back from the lab, the Superia 1600 was a greenish-gray strip of translucent plastic on which only one faint picture could be seen if you examined it carefully. As with most forgotten films salvaged from old cameras, i had some work perform on it in Luminar 3, my favourite image editing program. The result of my endeavors were seven images that held at least some  pictorial information and raised a lot of questions as well.

Who, for instance, takes pictures in the first decade of a new Millennium using a mechanical camera that was over four decades old even then and loads it with  an expensive stat-of-the-art high speed film? And why does he stop taking pictures after only seven shots that were taken under circumstances where a 100 or 200 ISO film would have been a much more appropriate choice?

Has the photographer just forgotten about the Retina? Did he put it away into a cupboard? Die he loose it? Was it stolen from him? Or has something happened to himself that kept him from finishing the Superia 1600? And how did the IIIS with the forgotten film end up in an Ebay auction that i won in the end?

Or maybe it was a totally different story. Maybe somebody got the Retina IIIS recently, loaded it with an old film in order to test it’s functionality? But why did he – or she – not finish the film in order to develop it? So many questions and no answers … the only thing that maybe can tall me a little about this film are the pictures i could extract from it …

Continue to part 2 – The pictures