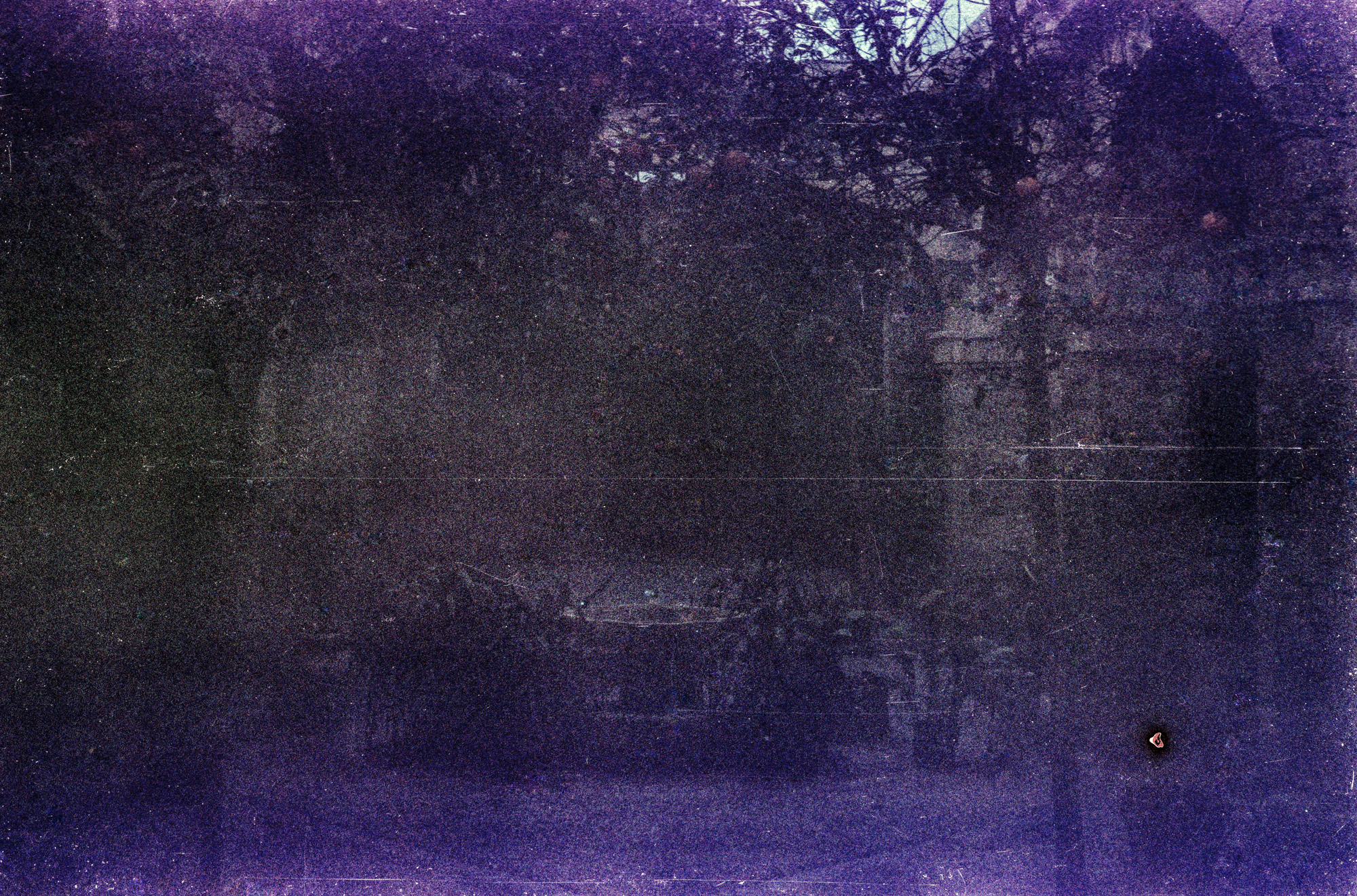 The pictures from the Retina IIIS – continued and end

A completely different light situation can be found in the next picture, the number four on the Fuji Superia 1600 found in an old Kodak Retina IIIS. It was by the way the only one of the seven i could discern on the muddy grey film when i got it back from the lab. It is also the one that shows the most colors. The sky is kind of blue, the leaves are green and the lemons and oranges on the trees sport their usual yellow and orange. Why this picture is the only one on the film that vaguely resembles a properly exposed shot is beyond my reckoning. Whoever shot the film could not have used the light meter of the camera that worked on the test film i shot with it without a flaw, even some 60 years after it had been produced. But even if the photographer of this film did not give a damn about the light meter – it is quite a challenge to underexpose a 1600 ISO film with a camera that has a top shutter speed of 1/500 of a second.

Anyway, behind the lemons and oranges we see a house whose architecture is definitely southern european – i would place it to Italy or Spain, not so much Portugal or the south of France, but i can be wrong. Nonetheless this shot is a stroke of luck as it gives me a mark on which to calibrate my color correction for the rest of the pictures – not that there was anything to correct in the first place …

Looking at the next picture, everything has changed again. Although it shows the same building as the one before it is so degraded it looks like an American Night shot from an old Hollywood Western. We see a courtyard with a massive arc – is it the same as the one in the shot before? – and high grown, slender citrus trees on both sides of a small basin surrounded by potted plants. What kind of building is that? A palace? A cathedral? And how much time passed between these pictures and the shot of the young woman? Days, weeks, month’s or years? Did the owner of the retina travel from the north to the south? Or were all the pictures on the film taken at the same place in the south of Europe, first on a rainy and then on a sunny day? Picture number six was taken in a rather modern flat from the 1980ies or 1990ies – floor-to-ceiling french doors and a terrace furnitured with an open fireplace, cluttered with furniture – a rocking chair, a whicker chair, a table with unidentifyable items on it.

Again questions pop up in my head. Where is this apartment? In one of those scary tourist developments that clutter the coasts of Spain and Italy? Or is it the home of the photographer and the young woman much further north? In our times it is often impossible to determine where a home is located as the lifestiles of their inhabitants become more and more conform. But there are some little hints in the picture that make me think this apartment is not in the south. First two items at the fireplace – the green crate below lokes like one of those storage items many people in Germany use to store fire logs in and the watering pot on the mantle piece is also an object found in many german homes. The cupboard on the right side looks very familiar too – if i interpret the muddy mass properly, it could be one of the everyday scandinavian cupboards of coniferous wood shops like IKEA made popular in german homes.

Unfortunately the quality of the negative is not good enough to discern what hangs on the wall between cupboard and terrace door. Is it a print from the square negative of a middle format camera or a Kodak Instamatic? And what is the longish piece of paper hanging lopsidedly beneath it? A calendar? If I only could read the year on it …

Who sat on the furniture outside? Was it the photographer? The woman? Both of them? What did they talk outside on the terrace? Which flowers were watered with the little watering pot resting on the mantlepiece? Regarding the last picture of the forgotten film i am not quite sure whether it is a real picture at all because it shows absolutely nothing except a white stripe on the right margin and one of the strange artefacts that mottle the the entire film. I am pretty sure that it is some chemical reaction on the emulsion of the film or maybe some kind of fungus that has found its way into the Fuji’s gelatine. But as it looks like the negative of a new years rocket exploding in a greenish-brown sky i take it as optical fireworks that mark the end of this forgotten film that would still sleep in the innards of an old Retina IIIS had i not taken up the routine to always give the return knob a testing twist before opening the  back of an old camera …