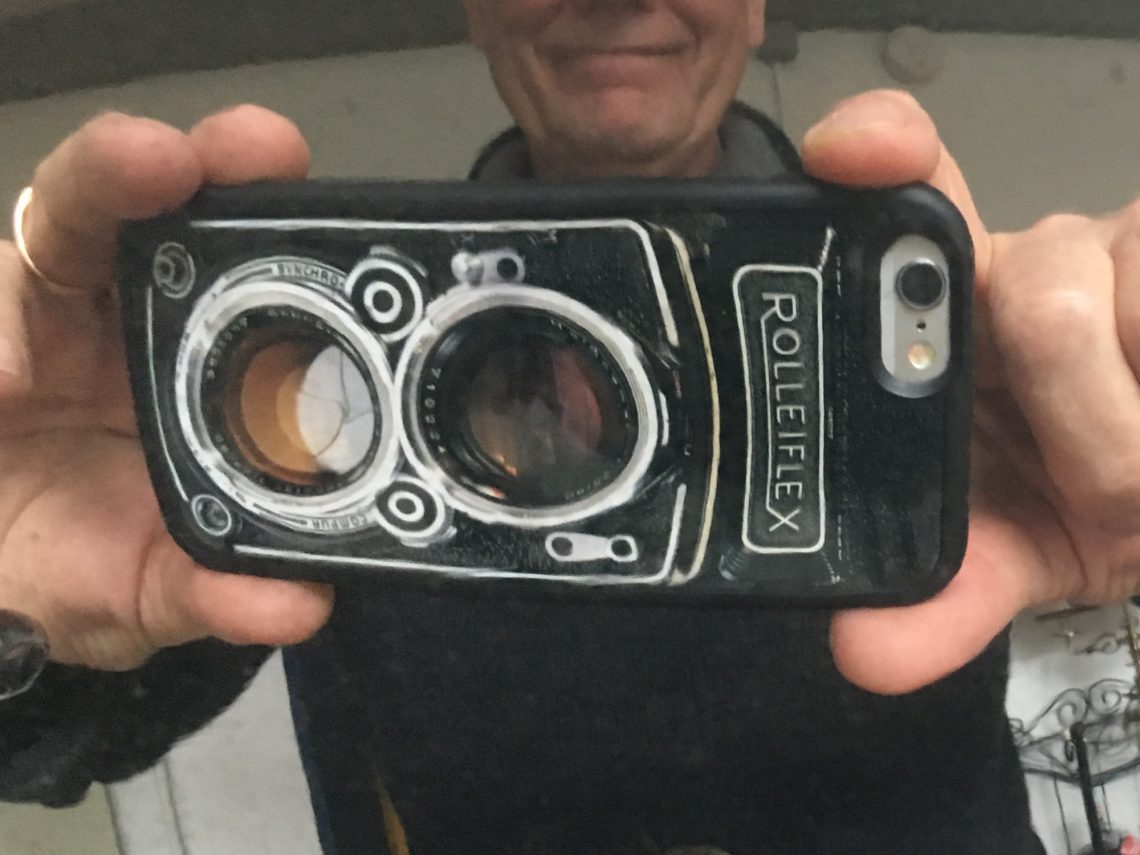 A couple of days ago walking the city i had a strange sensation. I saw an interesting subject i wanted to take a photo of and told myself: What a pity i have no camera with me.

Of course i had a camera with me. The one in my iphone that takes, there is no doubt about it, great pictures when the light is good. And the light was good when i walked past my subject without taking the phone out of my pocket. I put the picture of the subject into the album of untaken photographs instead that resides somewhere at the far out realms of my memory.

The fact that i passed a great subject i could easily have taken a picture gave me some food for thoughts as i have adopted the motto that the best camera is the one you carry with you very early in my photographic career. So what happened to me? Have i reached another point of no return in my continuing journey towards the re-analogiziation of my life? In regards to my writing i have already changed fundamental habits. Most of my notes that went into Evernote and other digital note taking apps for many years are now handwritten scribbling in various physical notebooks and my ical digital calendar hangs around inactive and neglected on the homescreens and hard disks of my various digital devices.

Thinking more about this not taken iphone photo i came to the realisation that i have started at some point to regard the pictures on my mobile phone no longer as photographs. Wenn i press the white button on the screen of the camera app i do no longer have the feeling that i take a photo in the classical sense. I pass an optical impression on to a digital picture factory that transforms it into something that is no longer within my artistic responsibility. Sometimes i feel like a farmer dumping a cart load of wheat into a miller’s silo instead of grinding the grains himself and baking his own bread.

A symptom for this changed attitude towards my pictures is the fact that i forget most of my smartphone pictures shortly after i have taken them so thoroughly that every time i browse the endless expanse of my camera roll in search of a picture i might have taken some time ago i encounter dozens of pictures i have not a hunch having taken them at all. In this respect one could see it as a good thing that my photos app favours me from time to time with so called Memory Movies, a row of pictures the algorithm thinks important enough to push back into the conscious parts of my brain. „Summer 2016“ or „Juli 12, two years ago“ are the titles of those compilations that come as slide shows that come accompanied with some feel-good music. Those certainly well meant collages of my photos pop up unasked on the home screen of my devices and i have not found a way to stop this yet. Transformed into the analog world this seems to me like somebody you never authorized to do that making prints of all your negatives and putting into albums following his own whims. With these albums he jumps at you out of nowhere, pushes them in front of your face and coerces you to look at them while playing easy listening Musak from a cassette recorder he is holding in his other hand.

I think this digital encroachment is one of the main reasons for my growing dislike for digital photography with a smartphone.