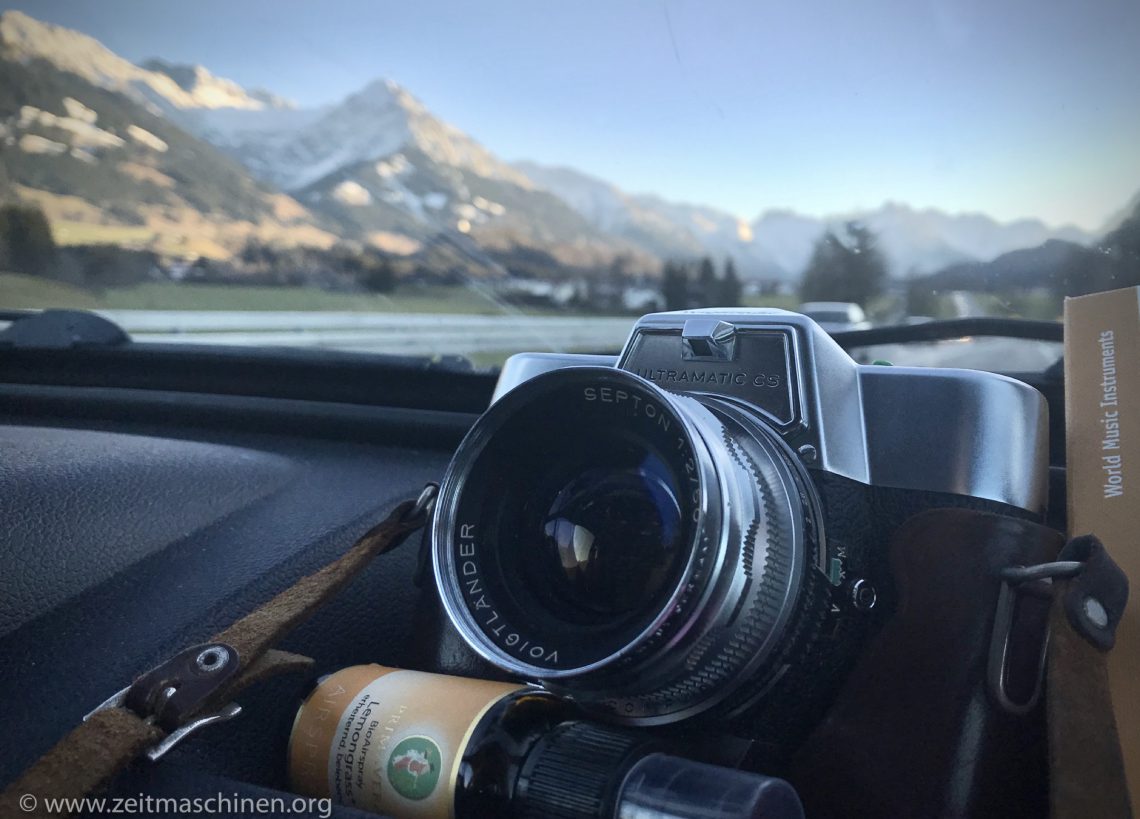 A mini voyage together with my wife through Bavaria in the first month of this new year. Driving from Munich up north, back to Munich again, then down south, some miles to the west and up again to the river Main in Frankonia before heading back to Munich again.

My photographic travel companion is – aside from professional video equipment for my work – a 55 years old Voigtländer Ultramatic CS, maybe the most beautiful camera i own with its smooth, chrome shimmering body and three lenses – a 3.4/35mm Skoparex, a 4/135mm Super-Dynarex and the wonderful 2/50mm Septon. While my wife and i are taking videos for a tv-program, the Ultramatic travels in its own pace. Where ever we are, it takes its time, drags me for long moments into its visual world where it looks around for its own motives and makes me press the shutter while its shutter-priority automatic works like a charm more than half a century before it has left an assembly line at the Voigtländer factory.

Raststätte Fürholzen – They print smoking indigenes with traditional hats on the wall in front a McDonalds order terminal, they print cows with horns on their tables, but the milk in the capuccino tastes artifical, and on the cup they write “forget love”. Brave new world of german Autobahn restaurants.
Outside kids in red windbreakers play between baskets filled with stones, a Bentley with a Frankfurt number plate takes two of the precious parking slots in front of the entrance door. The first week of this new year ends on a grey, rainy sunday. On a parking space reserved for women somebody got rid of a packet of potato crisps – calories that will not enlarge a pair of love handles. 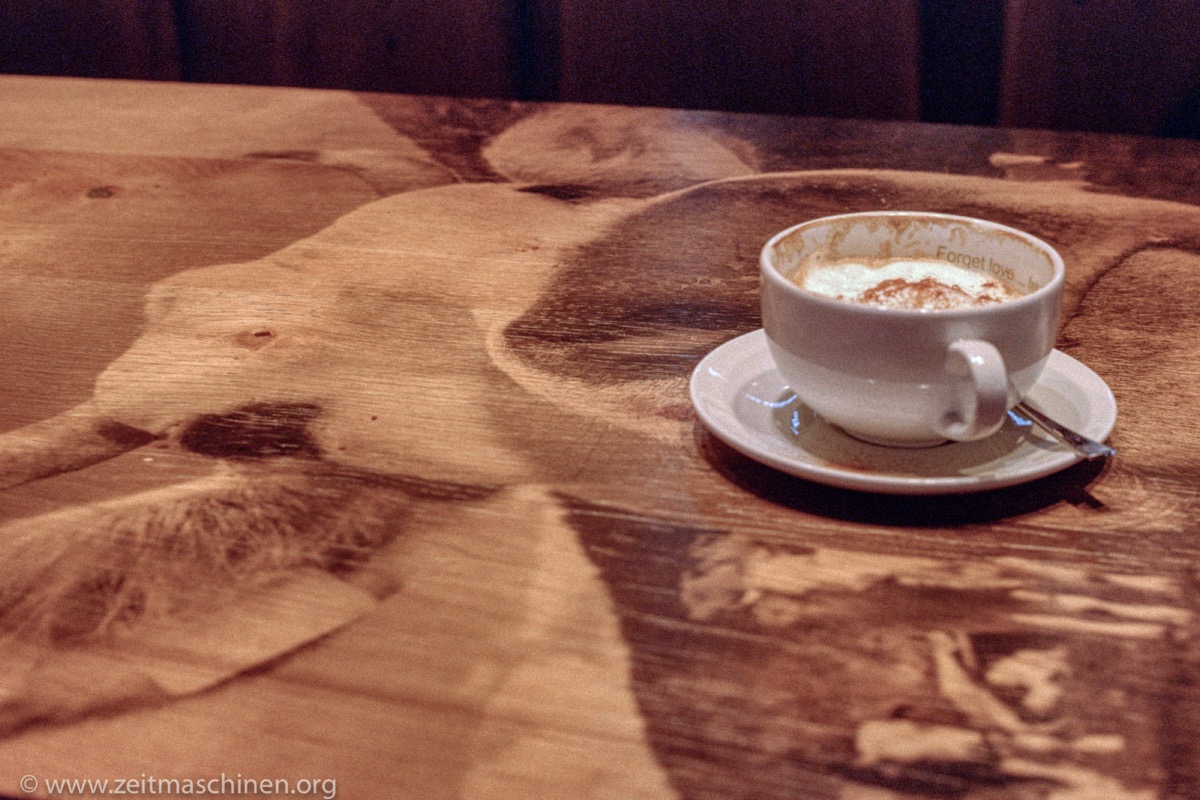 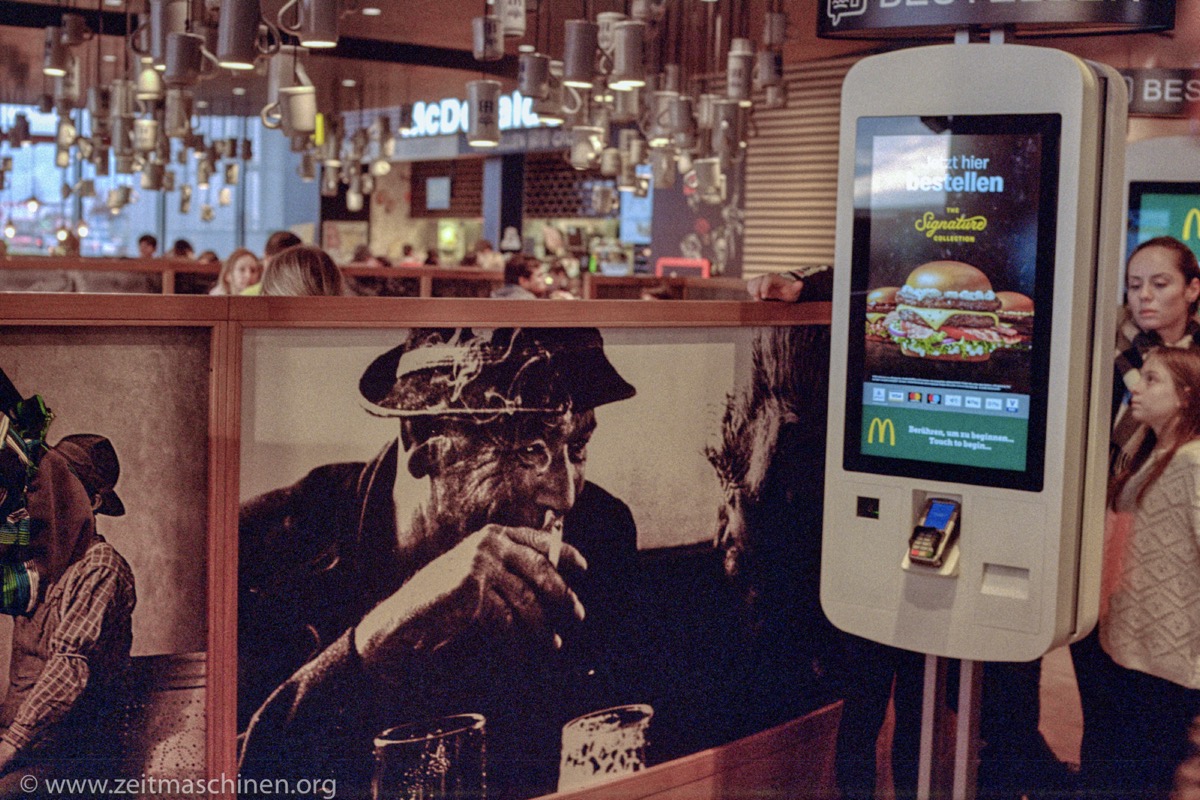 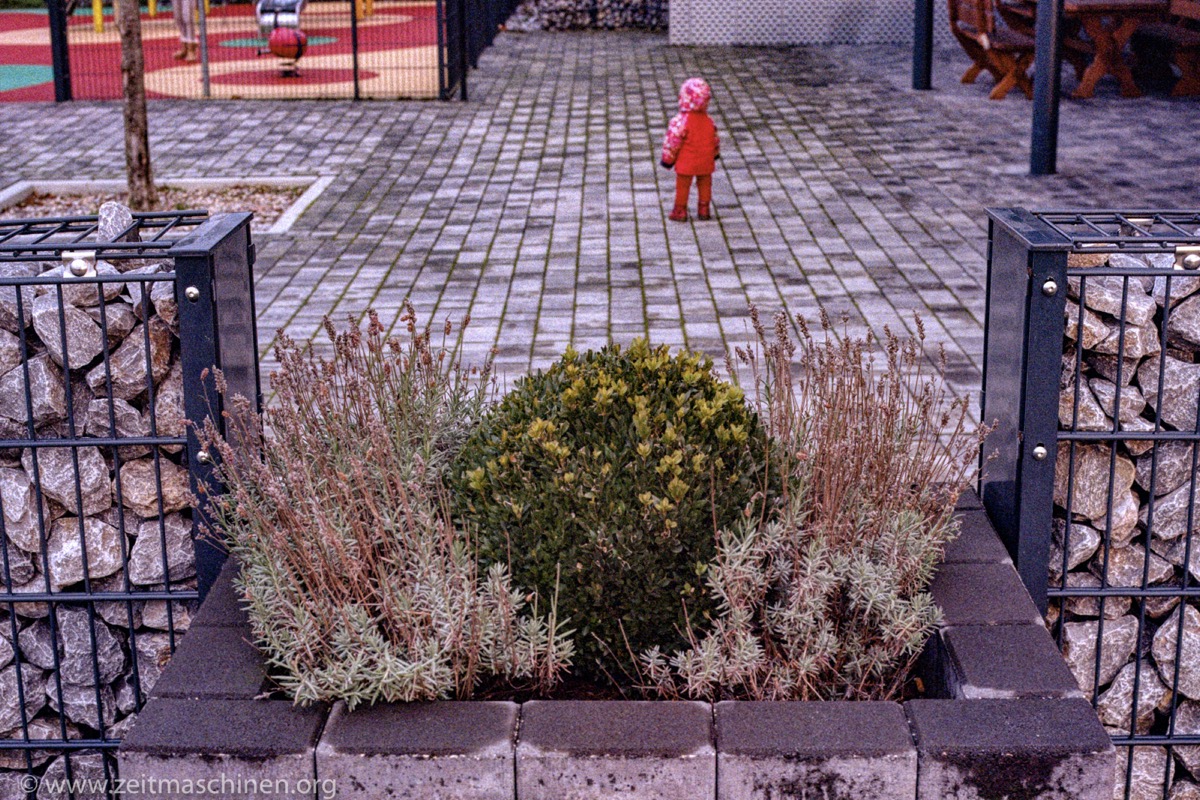 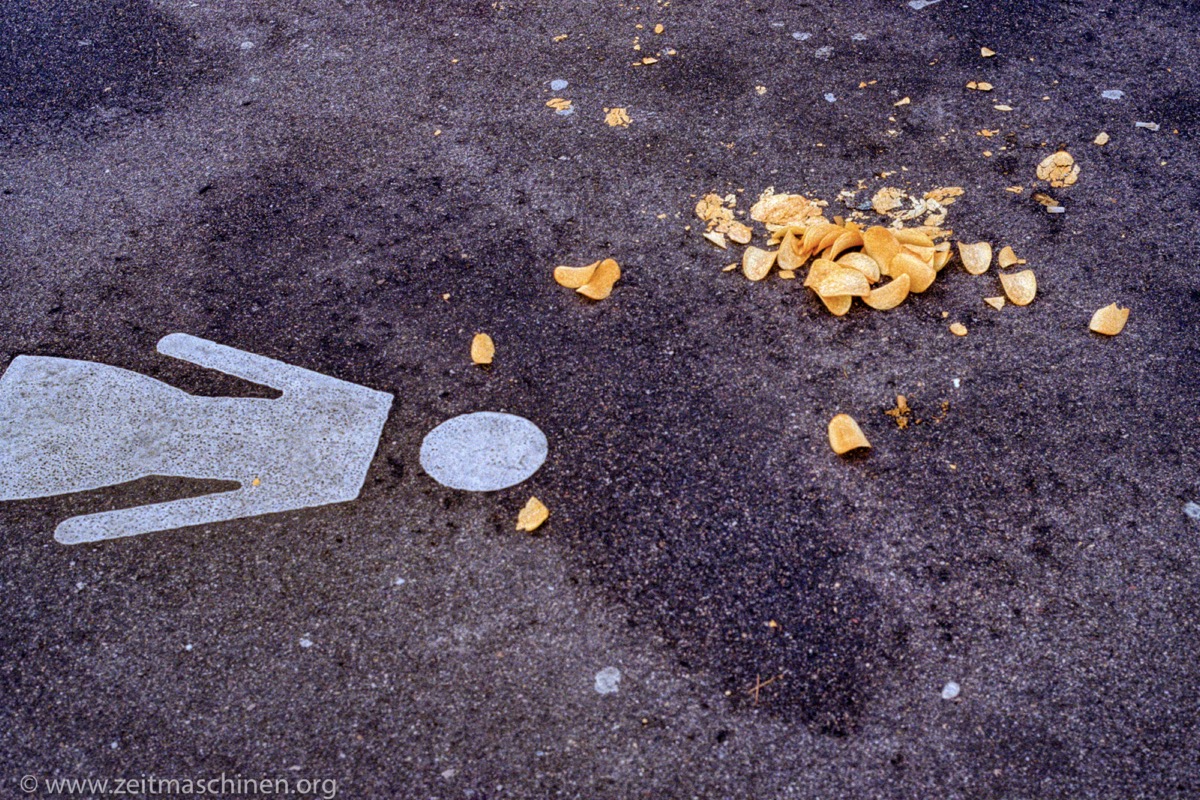 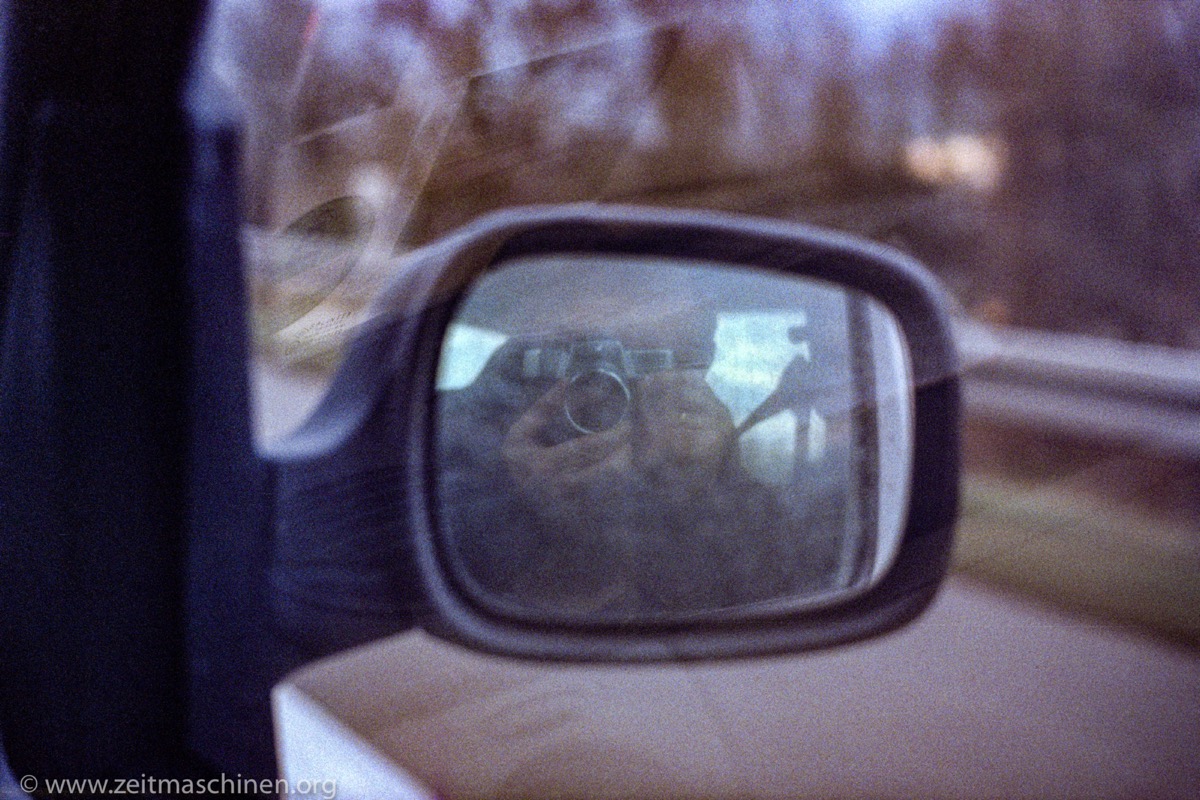 Oberstdorf in Allgäu – a former mountain village disfigured grotesquely by the onslaught of tourism situated beneath a gigantic ski jump glaringly lit by LED lights. Workers are disassembling a spectator’s stand left over from the New Years ski flying competition. Hordes of apres-skiers crowd from the snowless streets into the annexes of thoroughly renovated village inns, prey for solo entertainers. The shopwindows of sports outfitters glare into the slowly sinking night. In our accomodation high above the twinkling village lights i put the Ultramatic on the wooden balustrade of the balcony and press with the shutter in “B”-position the release button for about fifteen seconds, hoping to keep the camera as still as possible while doing so.  The wide open Septon sucks in the weak light of the night and throws it at the emulision of the Kodacolor 200 plus film. So cool that i have to wait a couple of days before i can see the results.

The next morning clouds are pushing in between the mountains, letting sluggish snowflakes fall. The wind is cold, the day is wet. Driving down the mountain a little carriage, drawn by two sturdy horses, passes us, carrying a couple of tourists to an unknown destination. On the passenger seat i grab the Ultramatic, aim it without properly focussing and press the shutter. The automatic of the camera works flawlessly.

On our way up north we pass a pathetic skiing school, snow guns pointed at the heavy grey sky. An inflated snowman squats over children sliding down a lean band of snow artificially placed in the brown green hills, confined by orange-yellow plastic fences. I wonder will they still know what snow was when they have kids of their own? 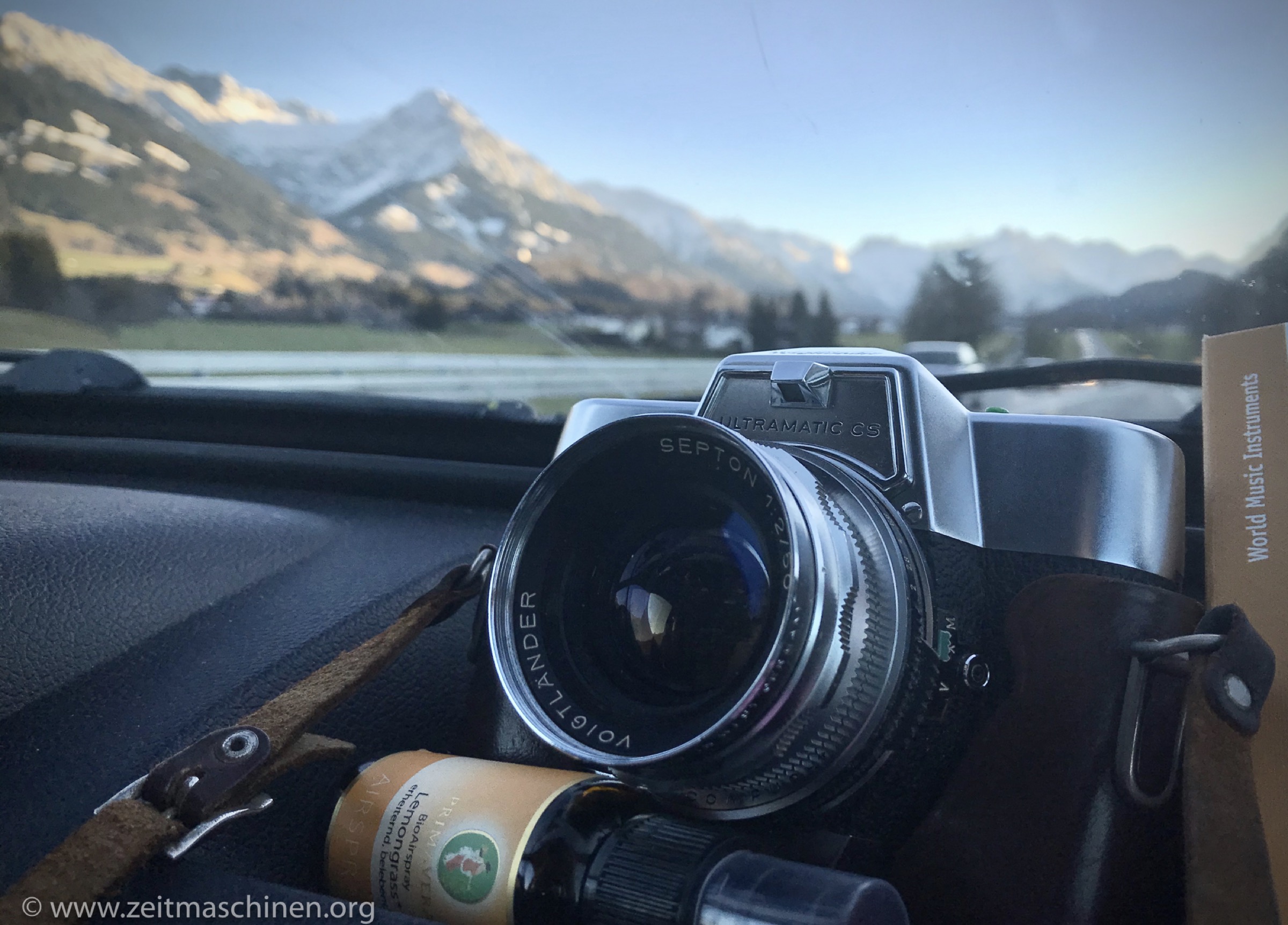 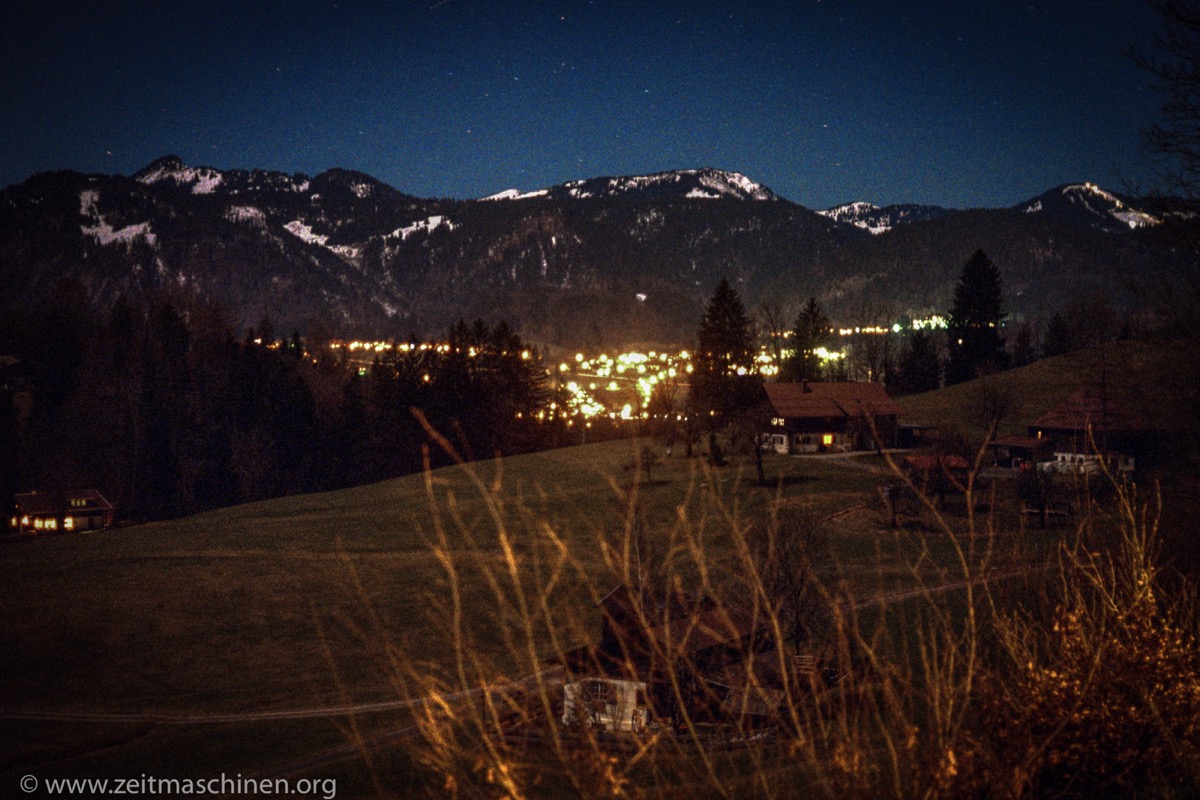 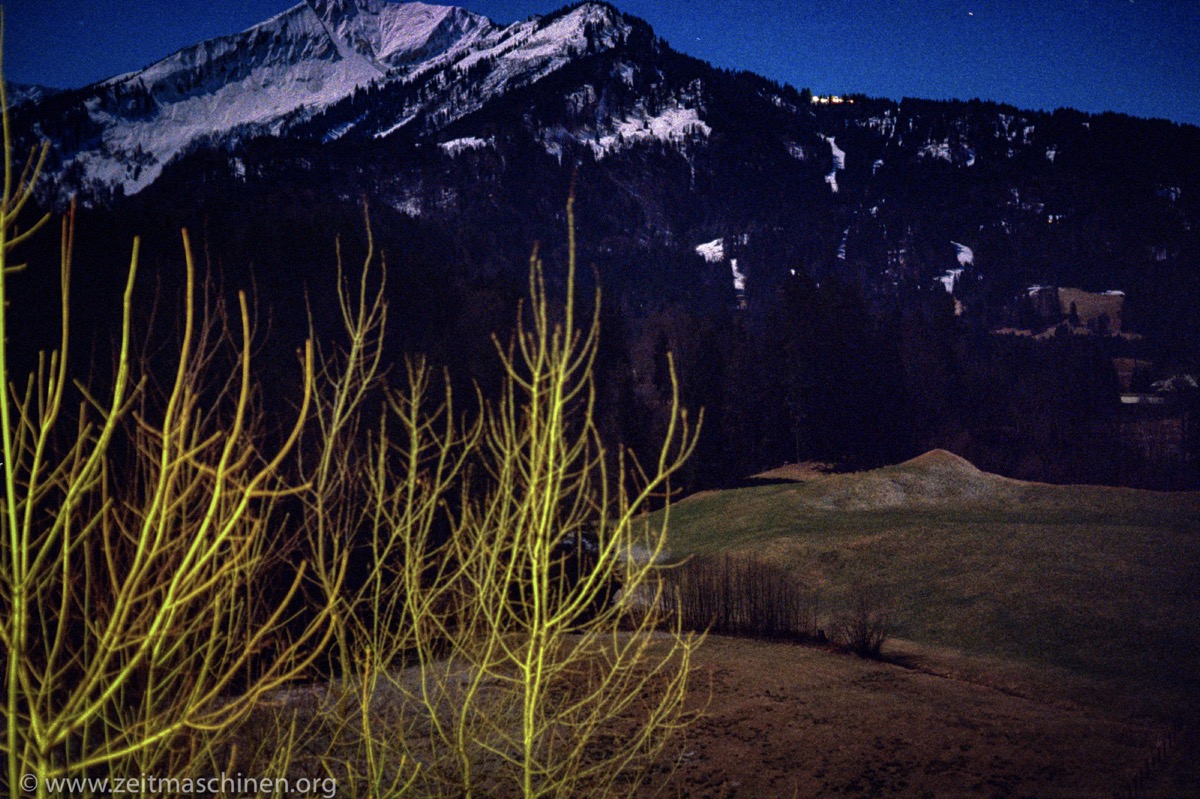 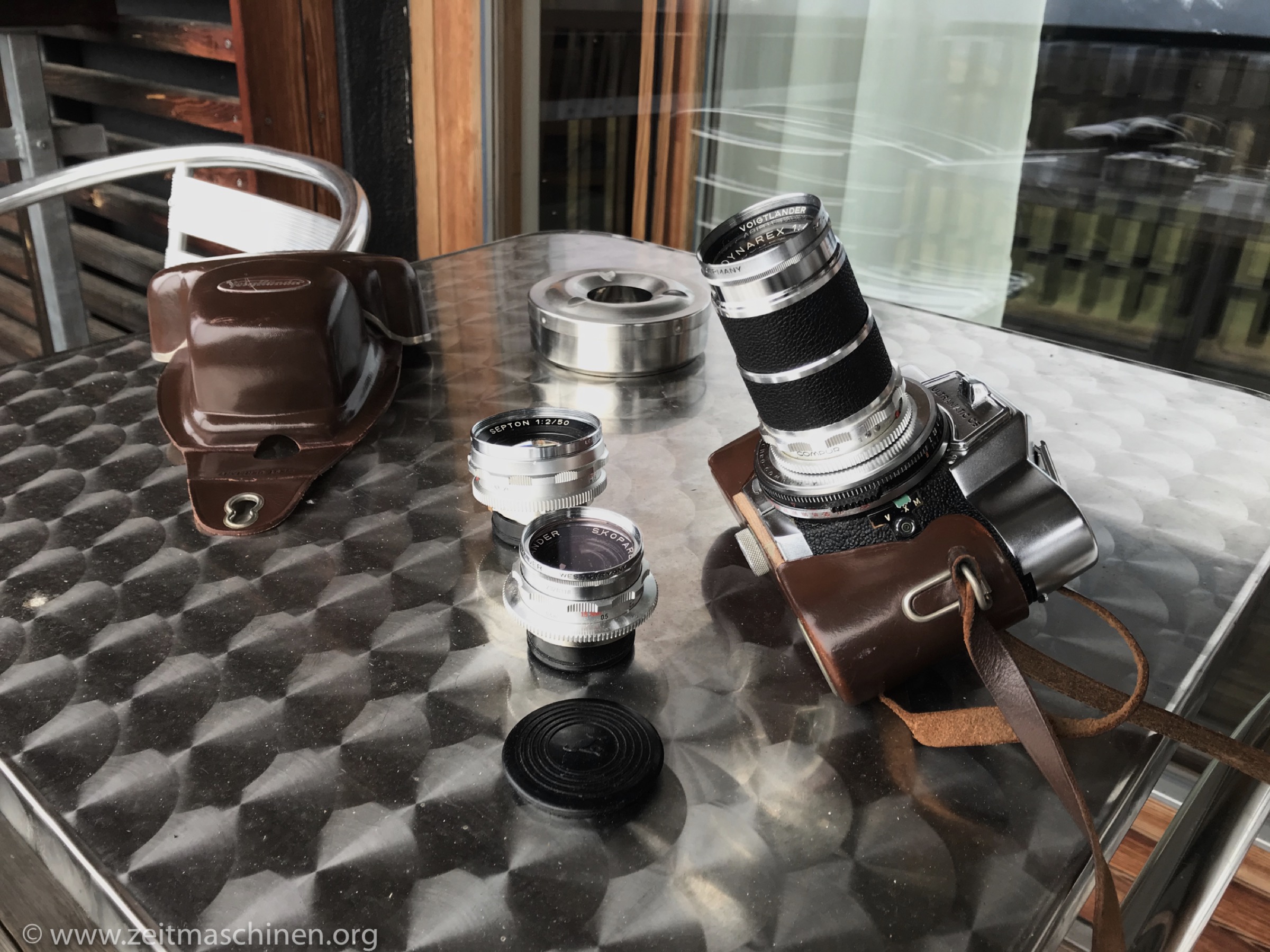 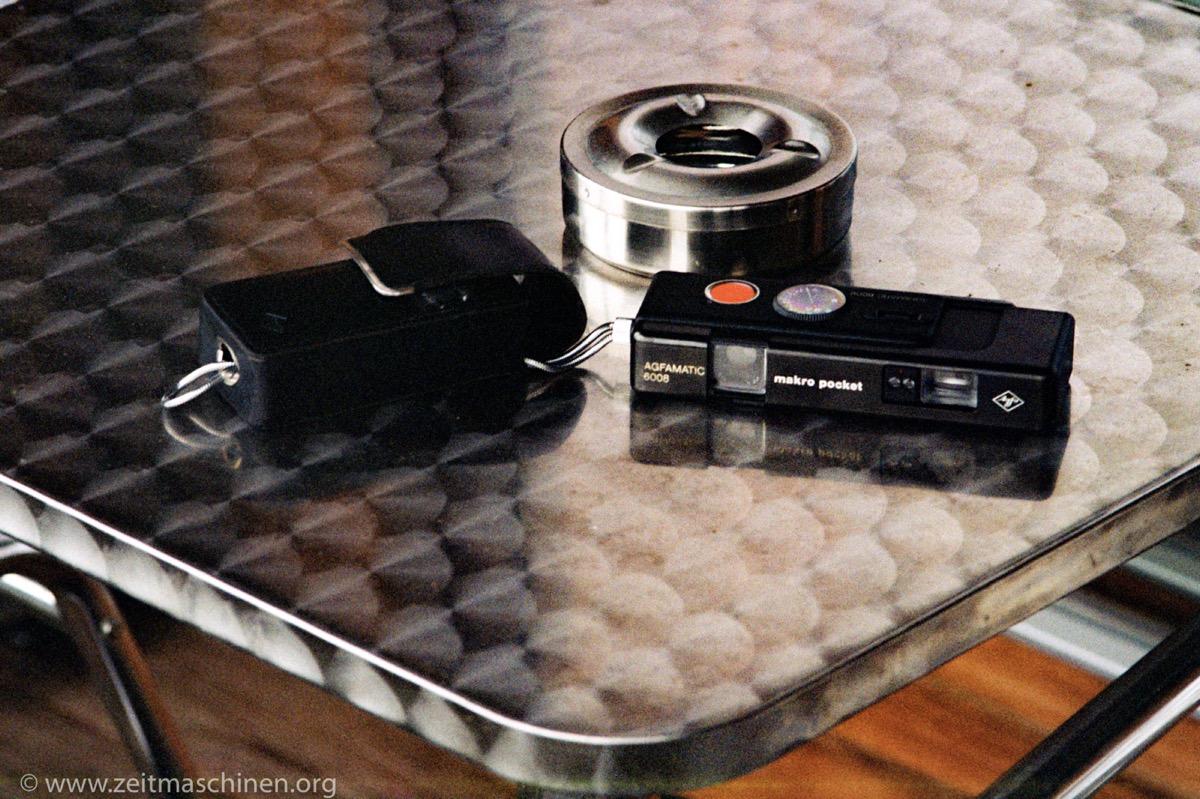 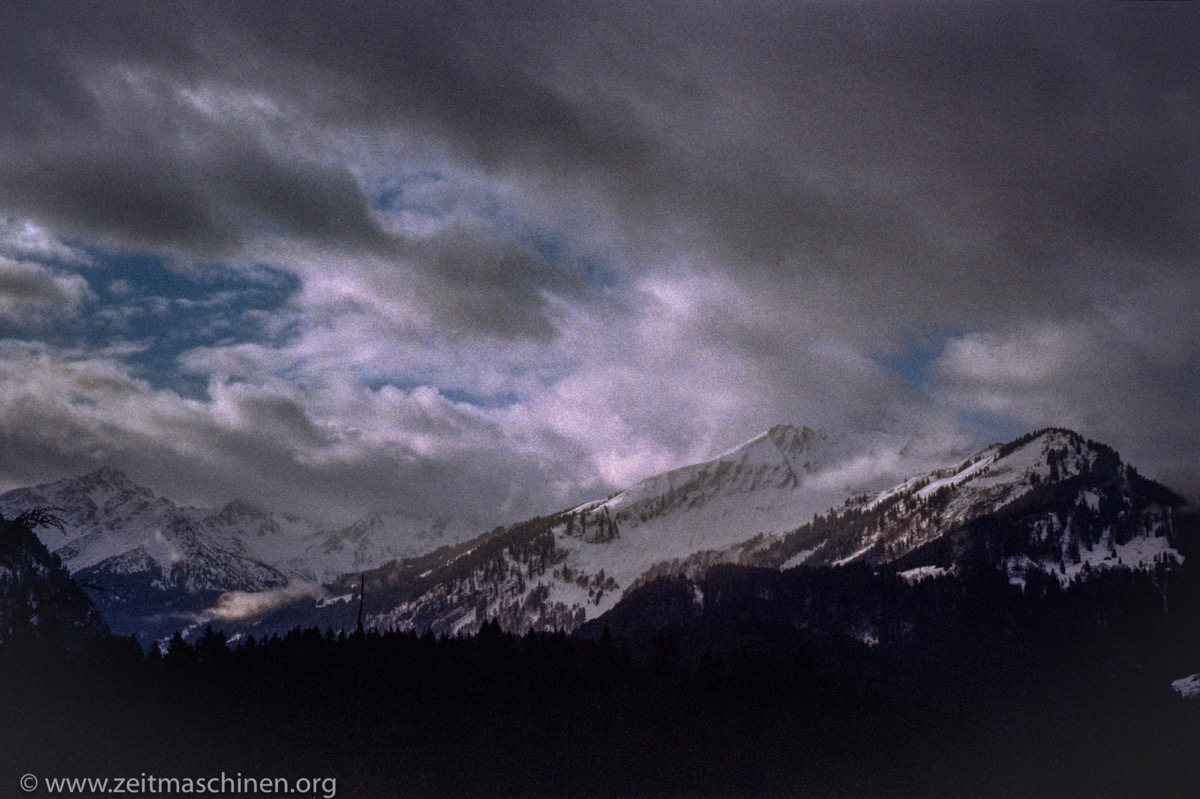 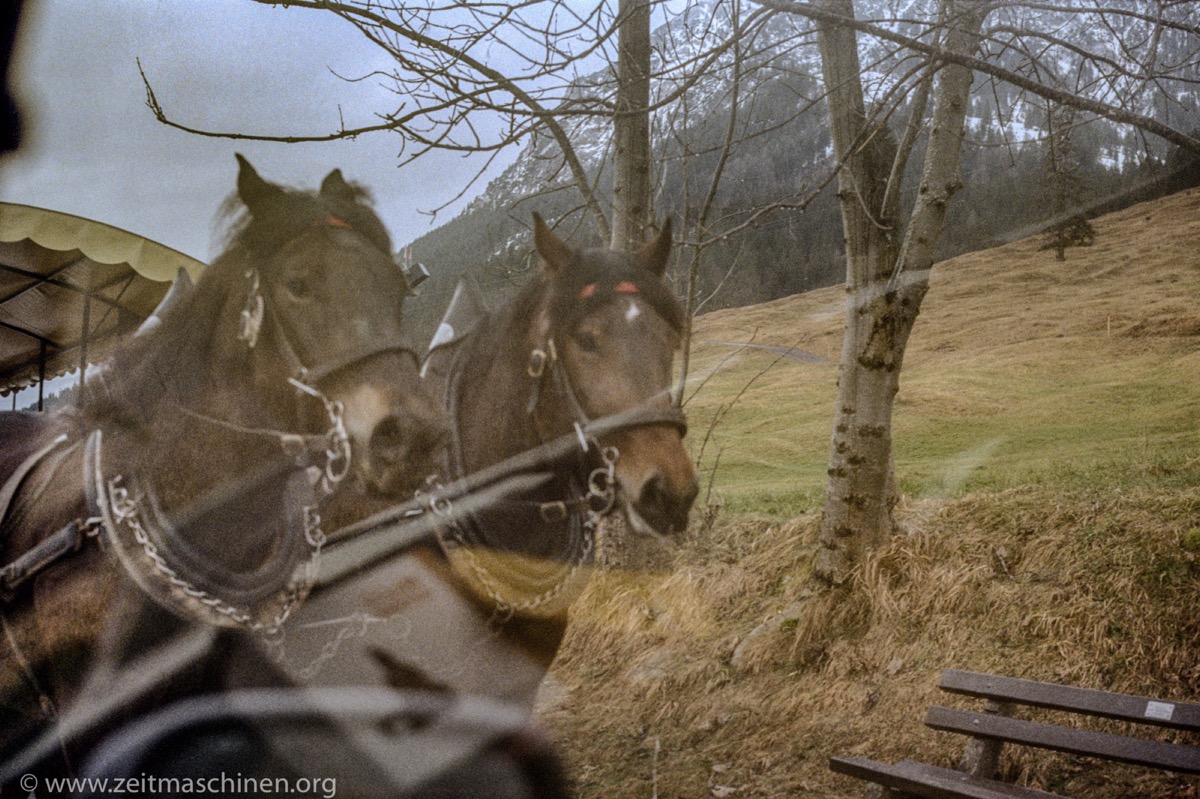 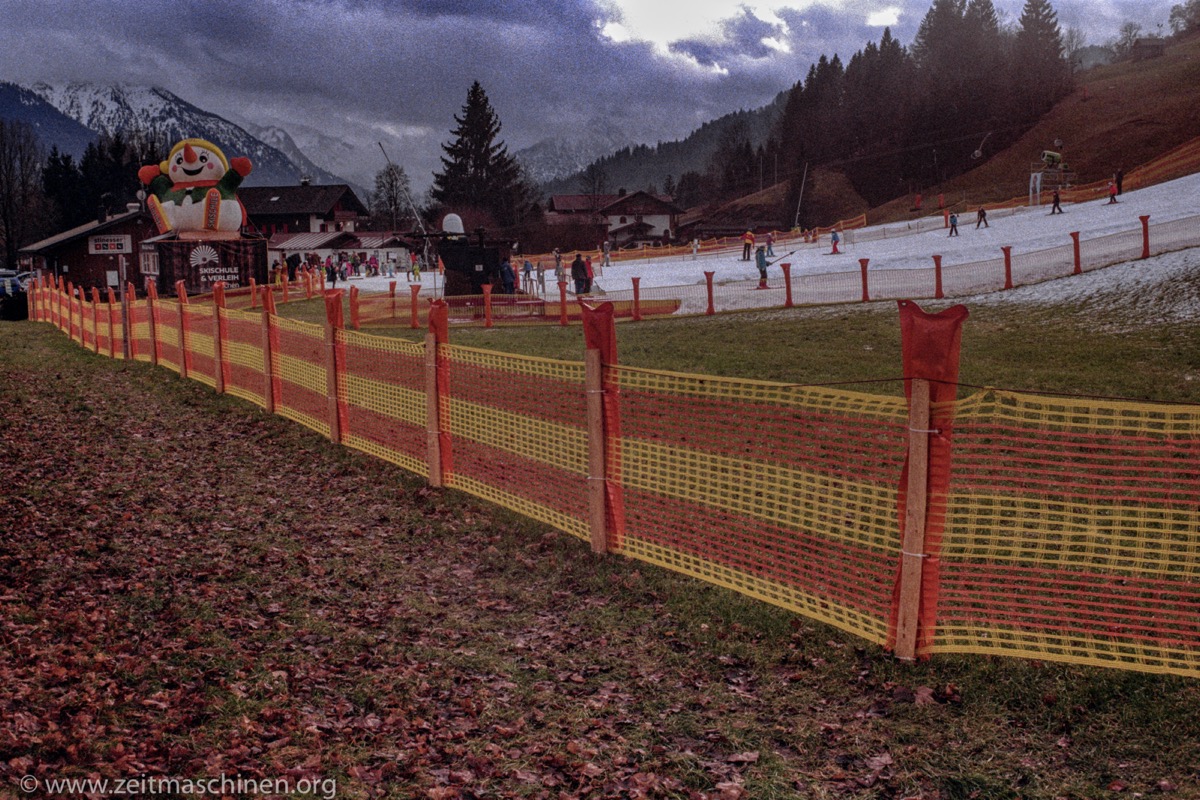 The Autobahn north to Frankonia,  grey Kilometers overtaking endless rows of trucks carrying life animals and useless stuff all across Europe. At the river Main loop we leave the soulless asphalt ribbon for winding country roads where wire stags left over from christmas gather rust on orange construction trailers in the waning light of the late afternoon. Next day, in the guesthouse of the vineyard where we stay for the night, i take a picture of a pink chair in the bathroom. Two hours later we will sit in our car again, travelling home on the Autobahn leading south. 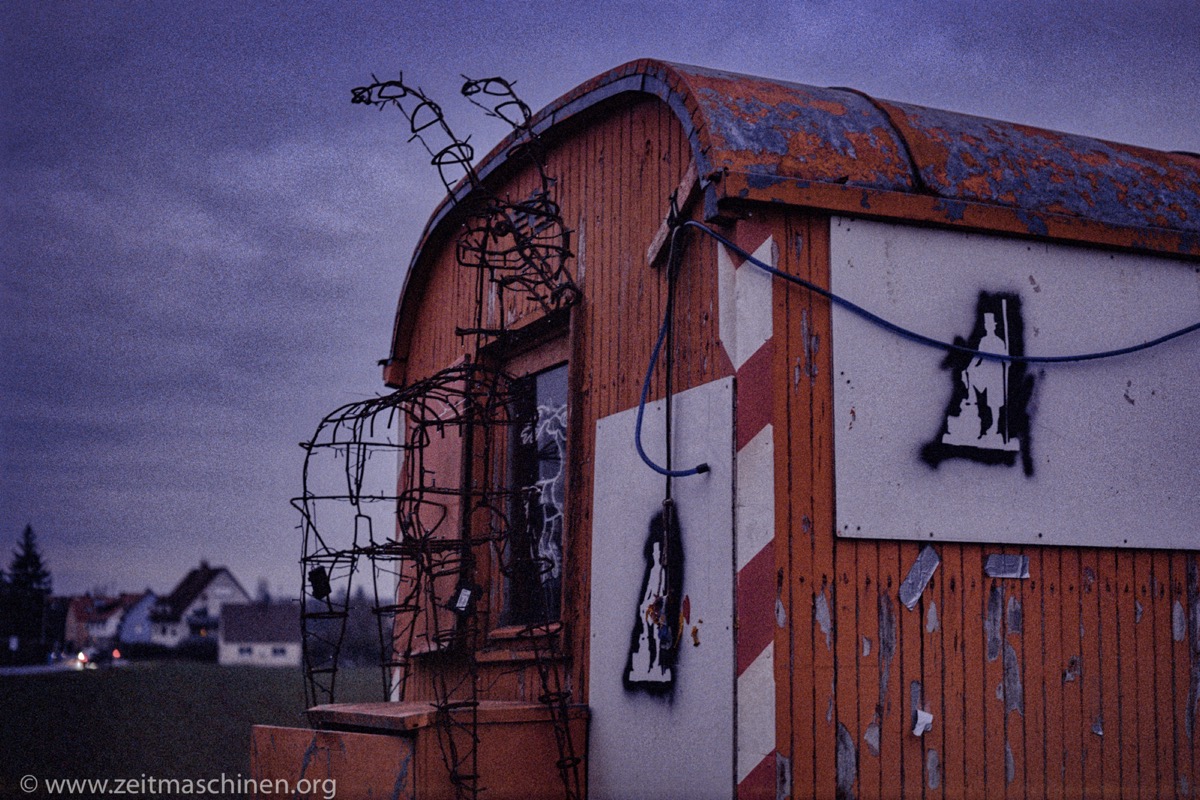 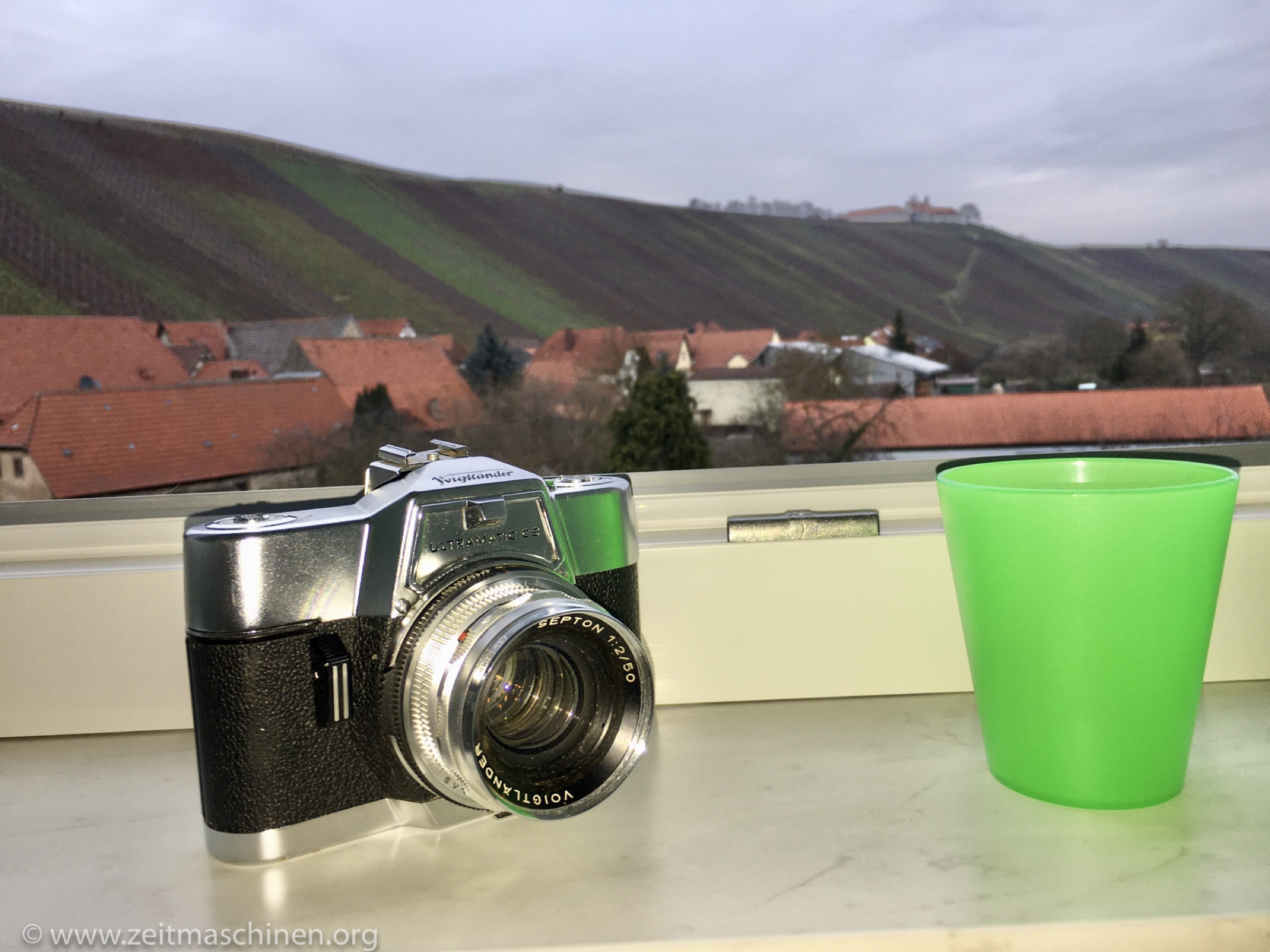 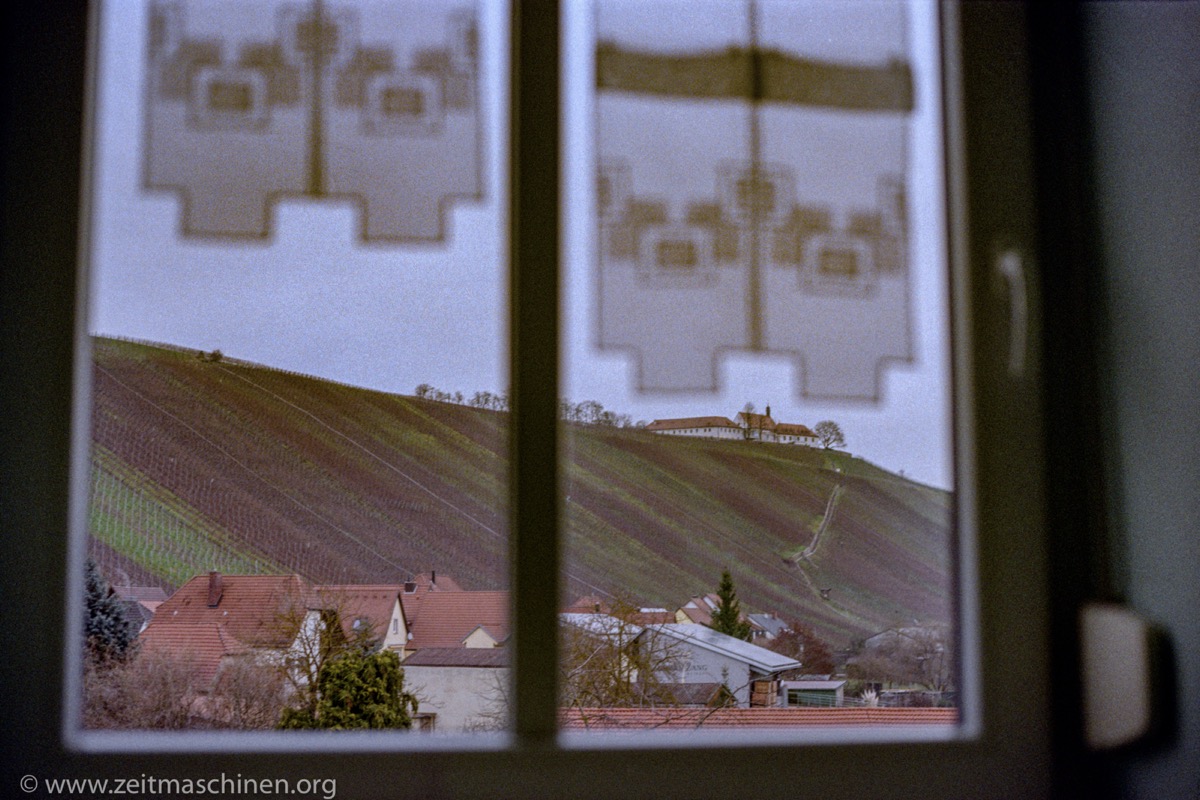 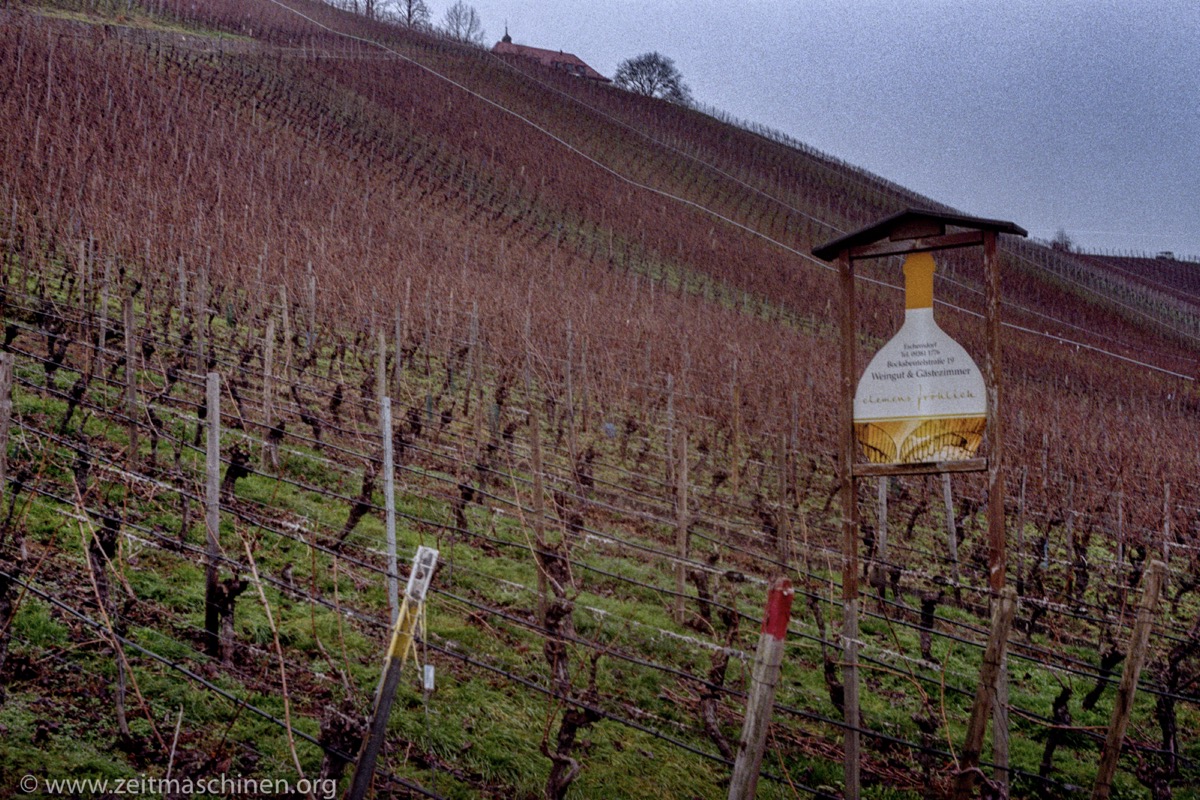 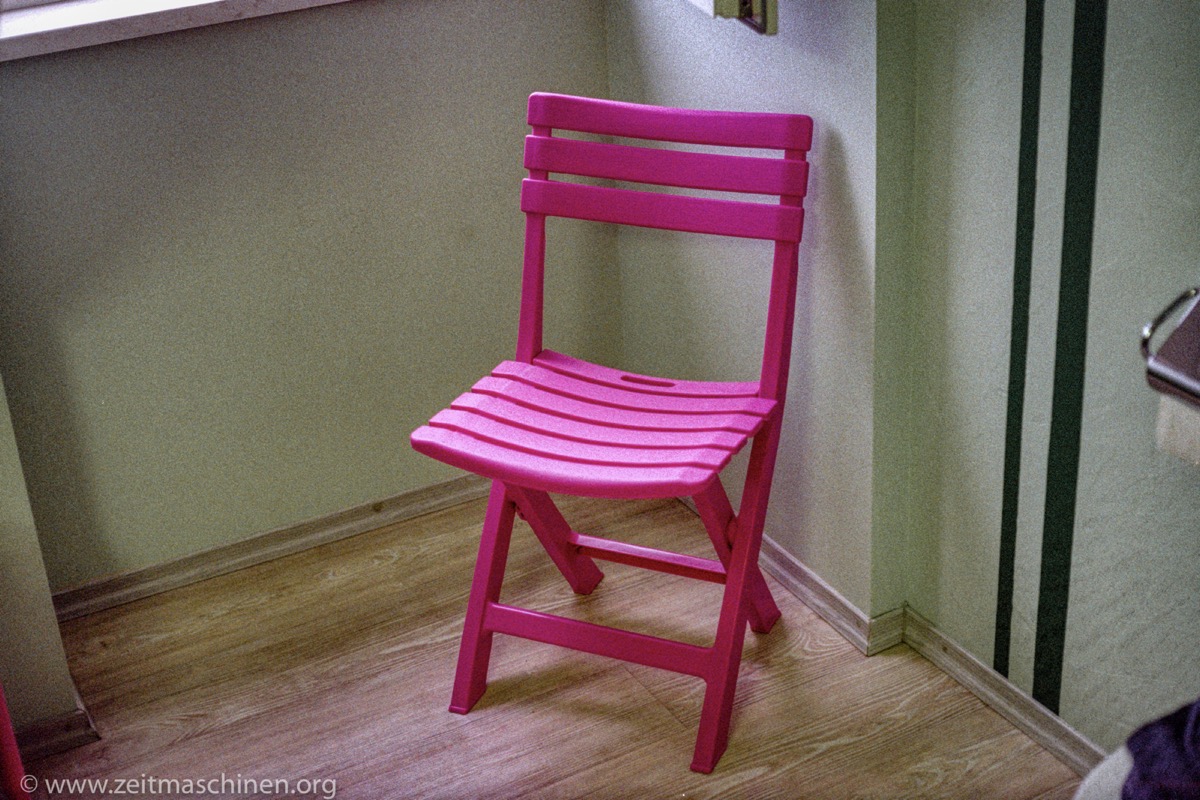 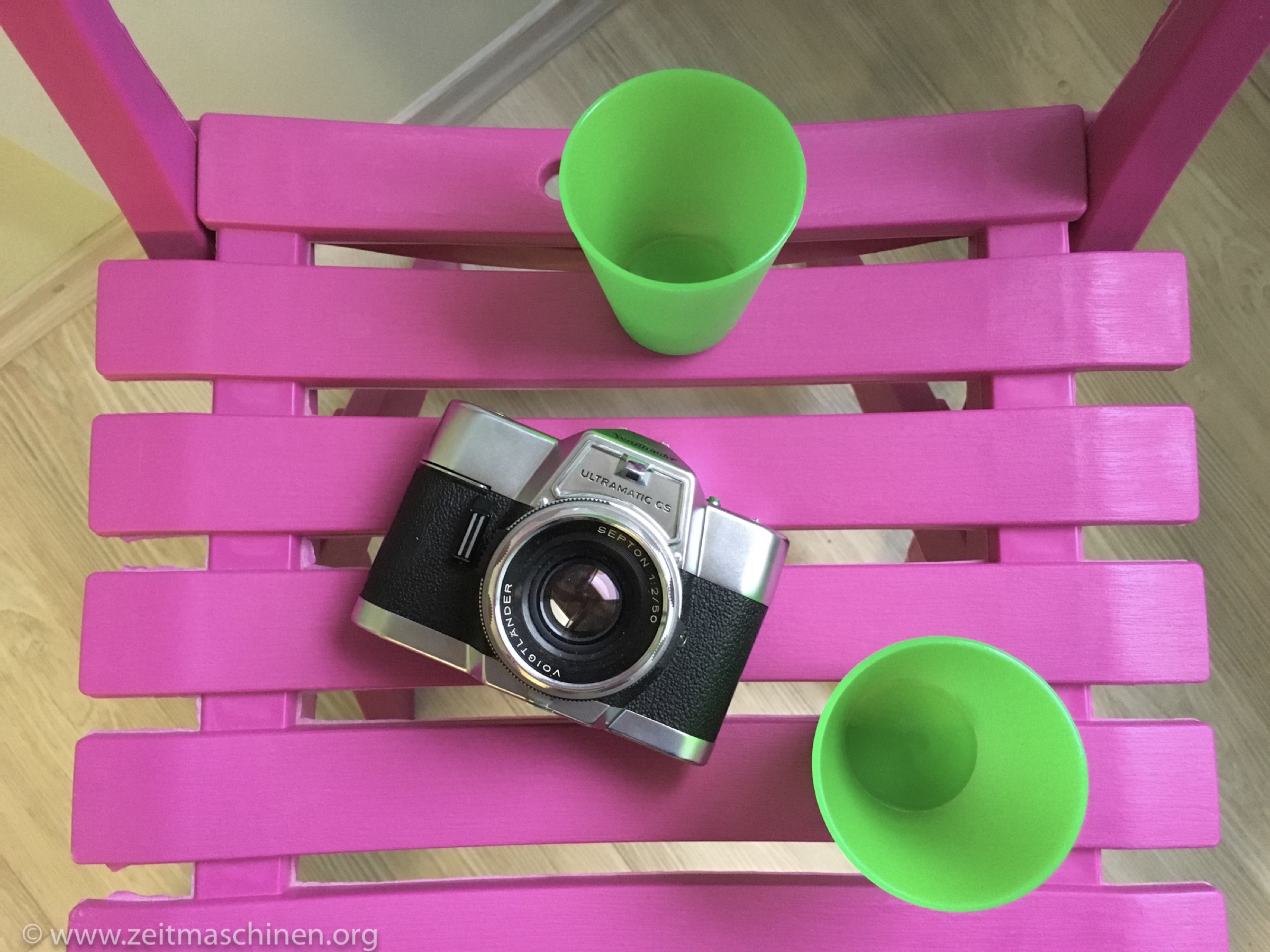 A fast Latergram – Berlin in times of Covid-19