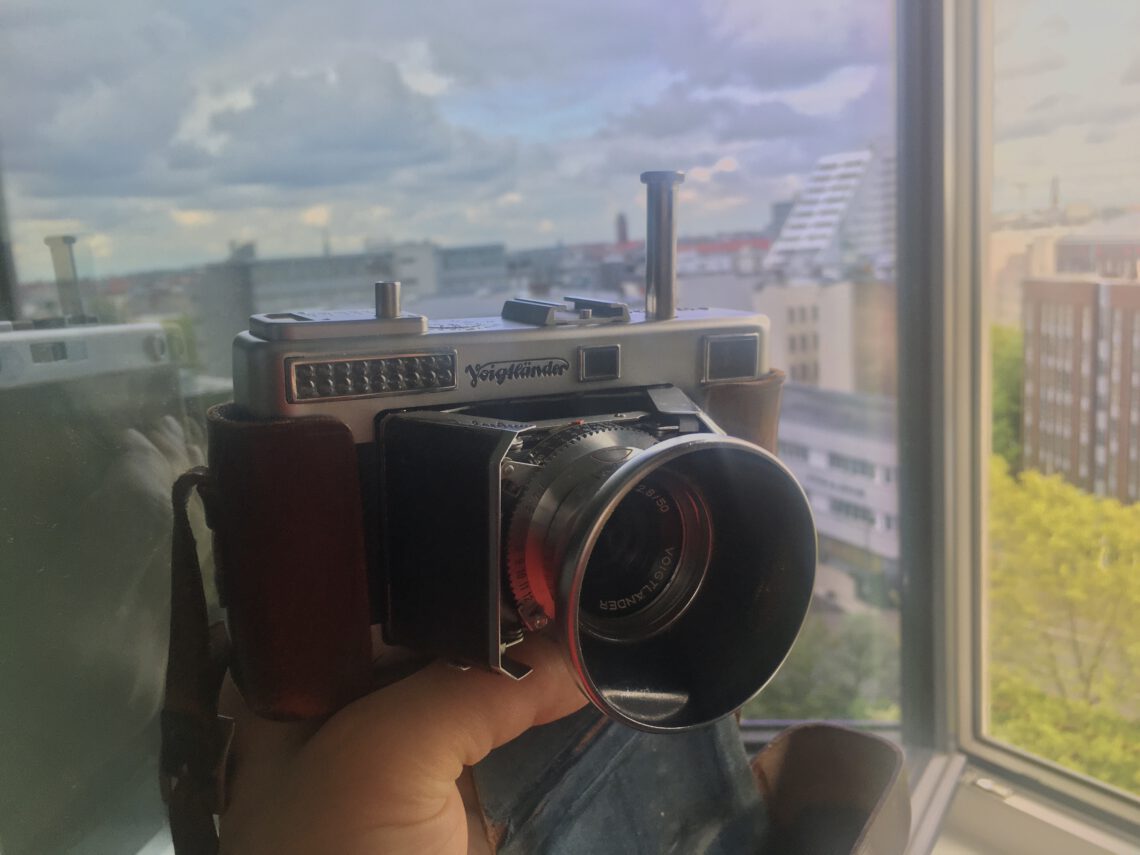 A fast Latergram – Berlin in times of Covid-19

Normally i keep the films for my latergrams locked up in my cupboard for quite a long time – twelve months or longer of undeveloped waiting are my standard procedure. This film however, a Fomapan 200 i exposed with a Voigtländer Vitessa i recently bought at Ebay, saw the developer much earlier, after only three weeks, mainly for two reasons.

The first reason was that i couldn’t wait to see how the Vitessa, a budget version of the famous amateur camera from the 1950ies, performed. While the more fancy Vitessas sported the coveted Voigtländer Ultron lens, a six elements construction with a maximum aperture of 2.0, mine has to be content with the four element 2.8 Color-Skopar, a classic design for the not so wealthy photo enthusiast that almost every good camera company had in their portfolio as Tessar, Elmar, Xenar or Cassarto name just a few of the more popular ones. 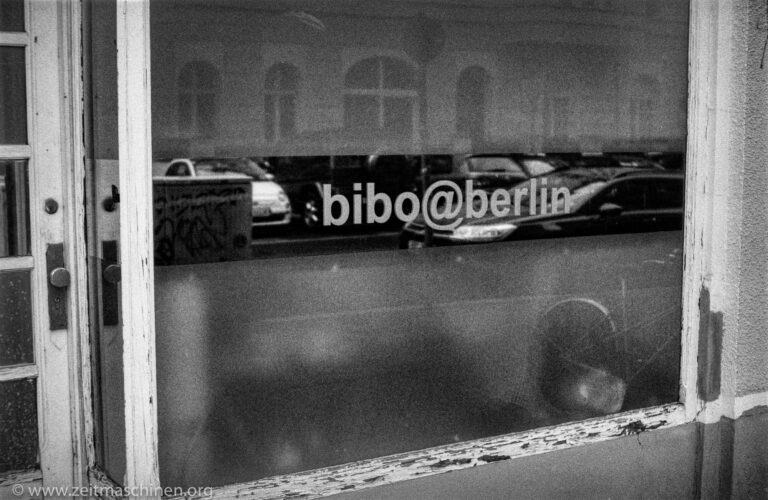 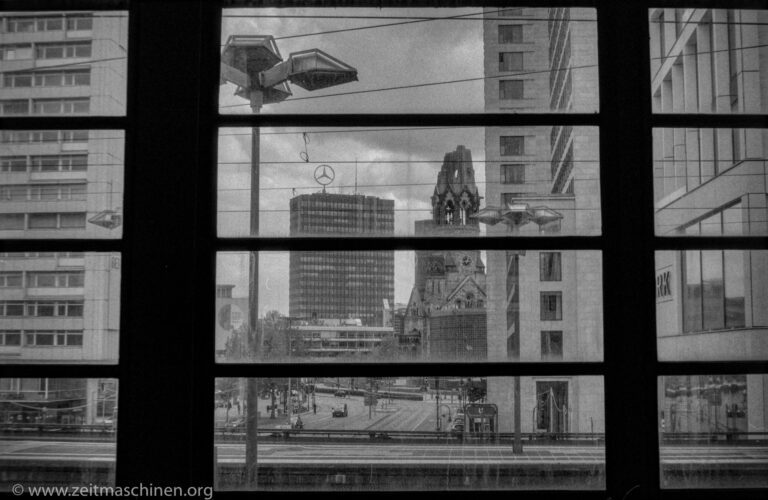 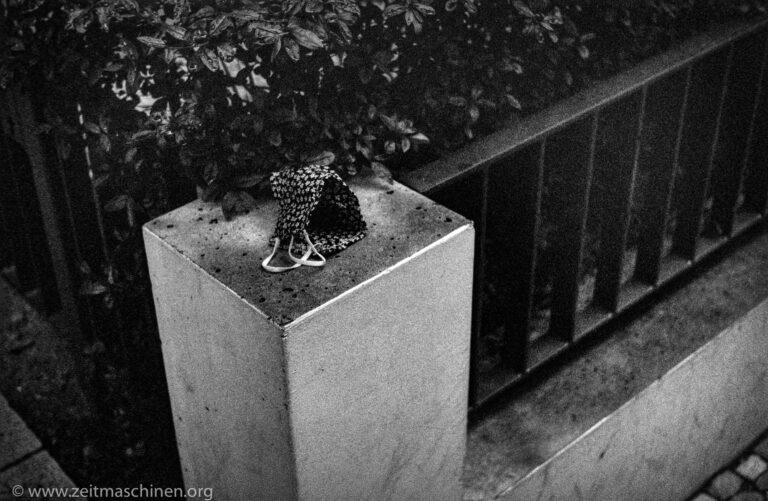 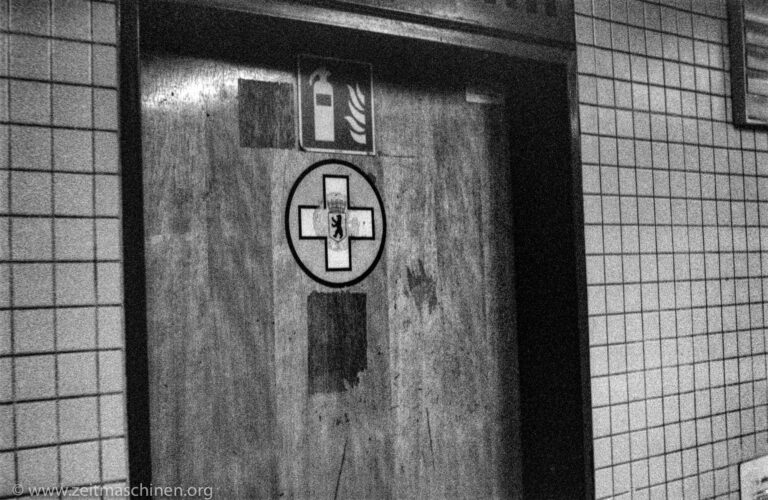 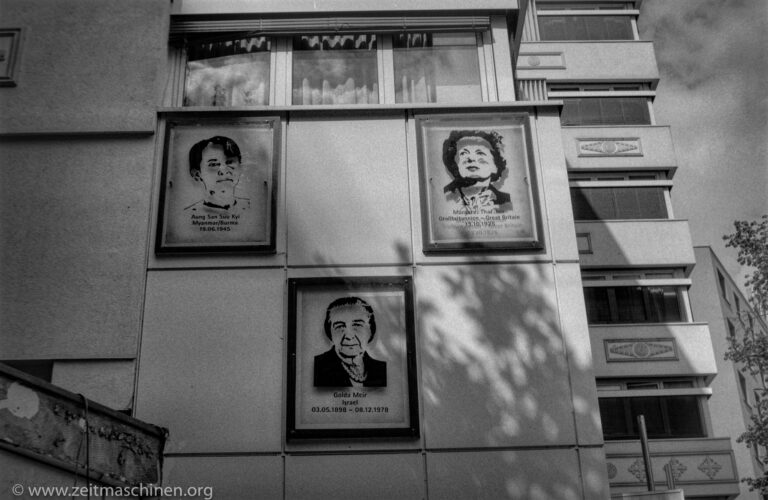 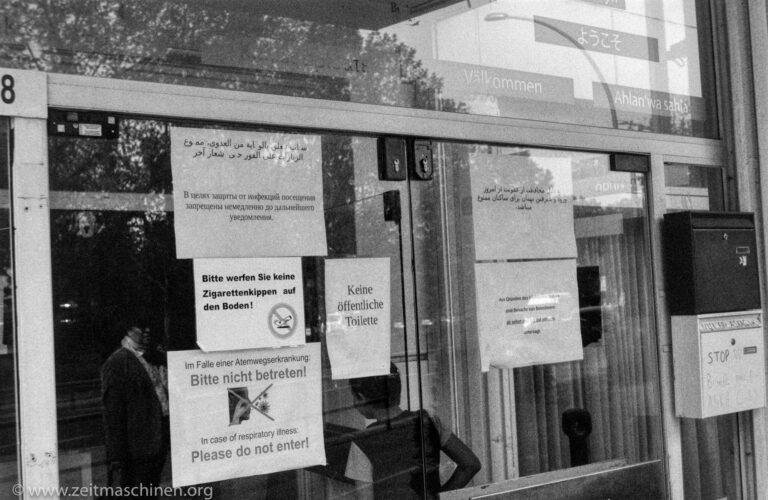 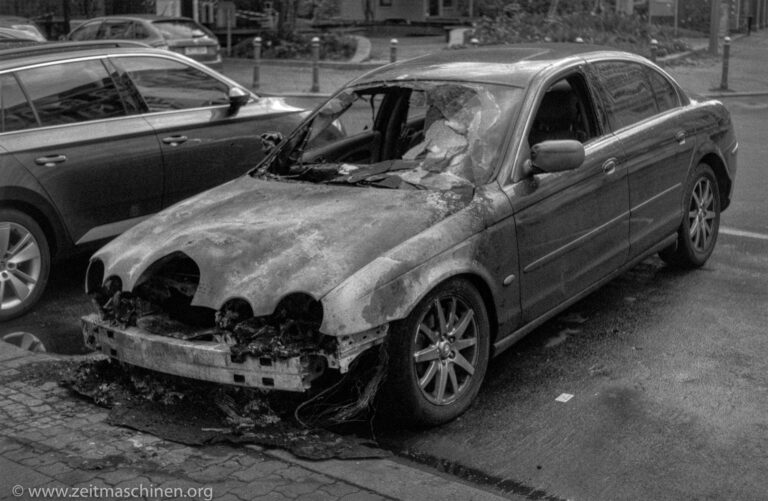 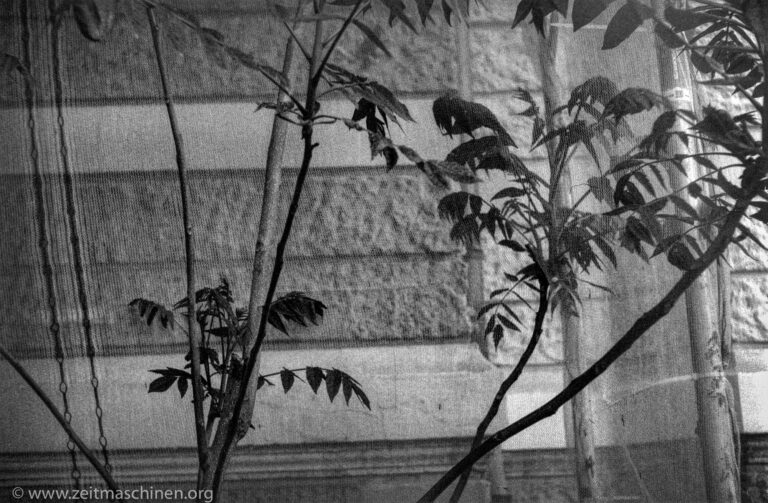 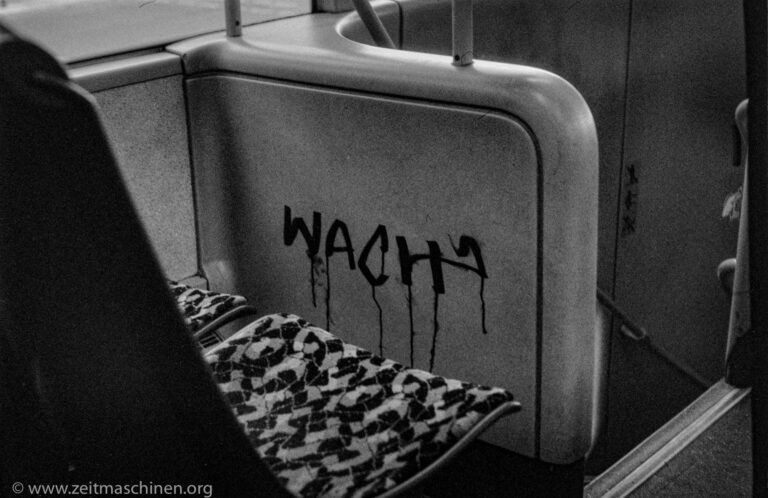 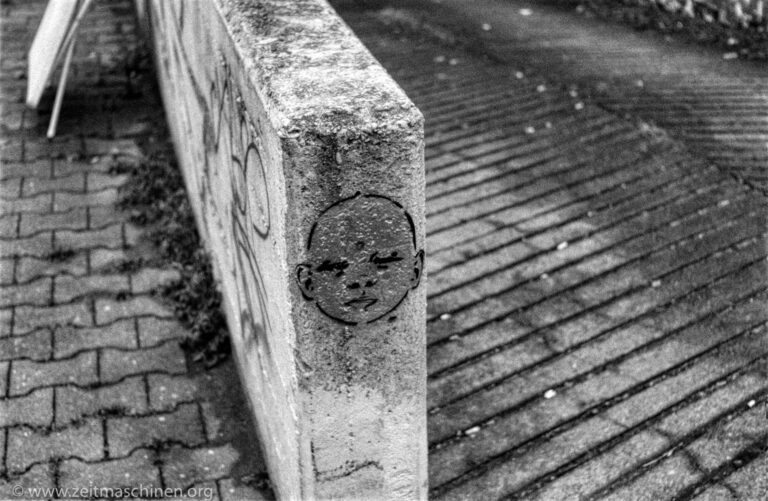 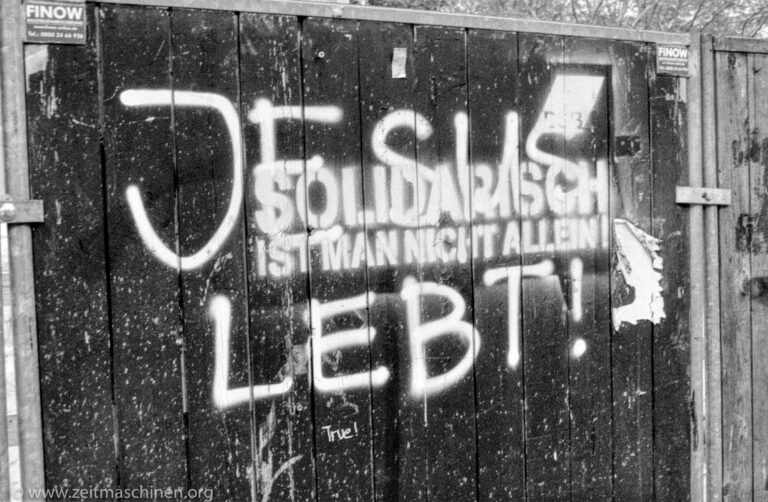 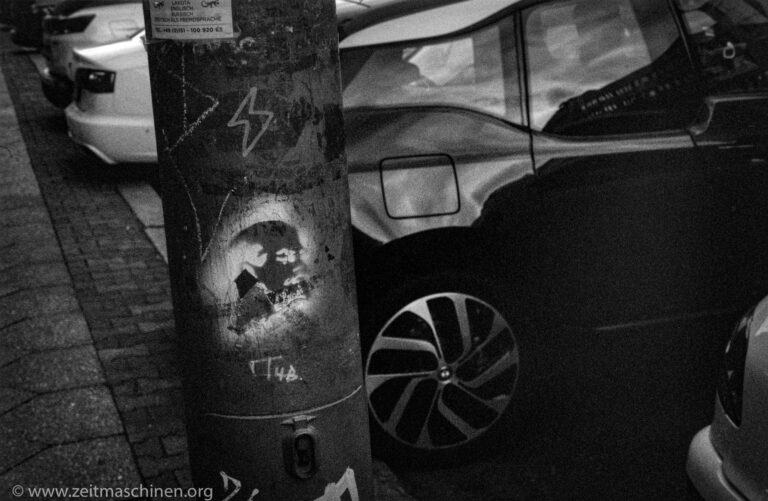 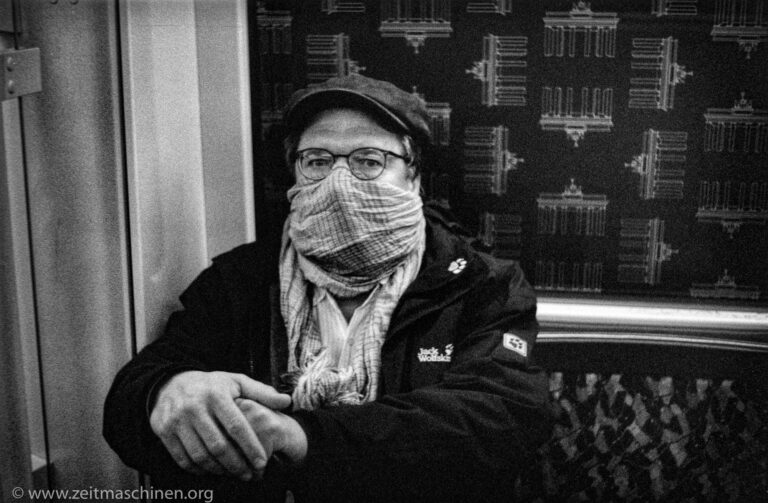 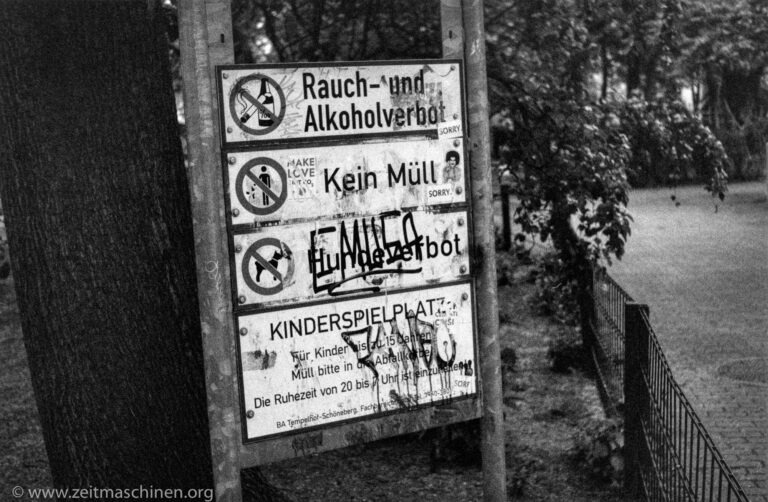 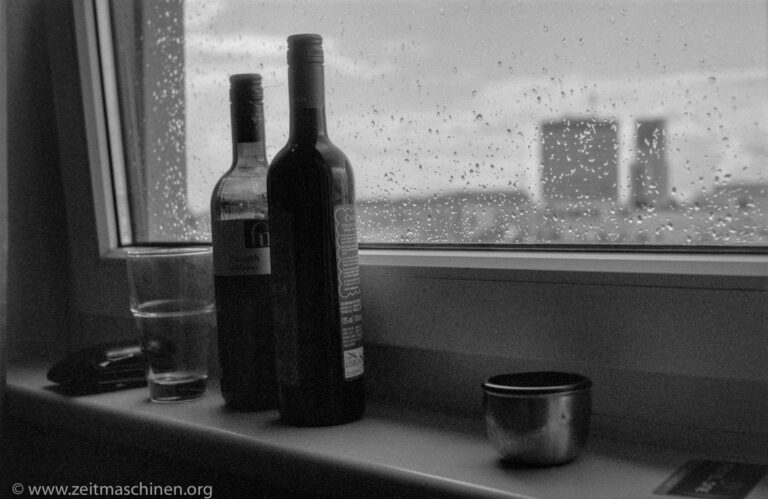 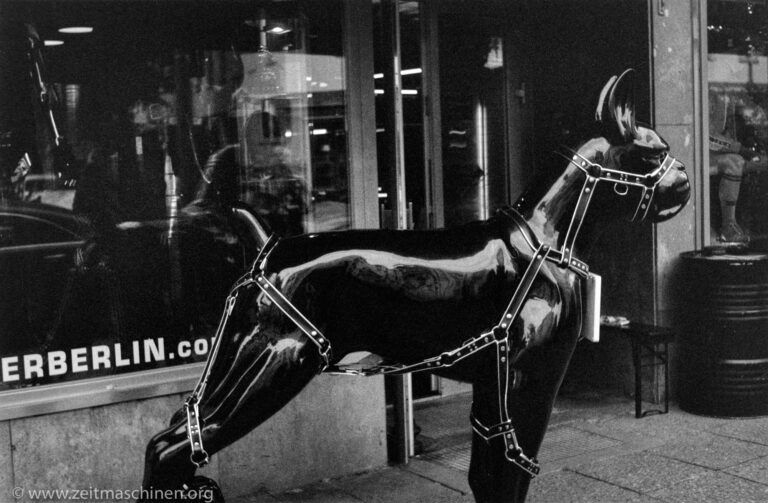 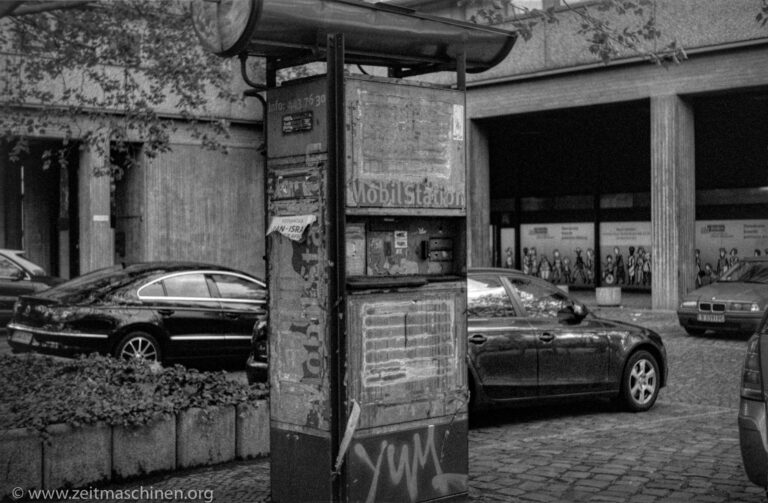 The second reason why i put that film rather hastily into my trusty Agfa Rondinax daylight developing tank was Corona, the little virus, that changed all our lifes significantly over the last few months. Social contacts, eating in restaurants and traveling – all that was not possible in those months of lock down. When the first reliefs came in the first days of may you still needed a valid reason to travel between two german cities, from Munich to Berlin, for instance.  I had such a reason, taking some videos for a program in Bavarian TV. So i took an almost empty train an traveled together with a well known comedian into the federal capital which was kind of a ghost town in those days. Masked passengers in the underground and the busses, closed restaurants and museums, a hotel that had re-opened only a few days before and catered breakfast in form of plastic-wrapped sandwiches you had to eat in your room. At night you bought your dinner as a takeaway from pizza places and asian restaurants and ate it half cold with red wine from the supermarket.

It was a time of exceptions that is now slowly coming to an end. Here in Munich we can go to the beer gardens since last week and now the restaurants are cautiously opening again too. The museums are allowing visitors and first plans are being made for the re-opening of theatres and cinemas.
The program i filmed and wrote for in Berlin has been broadcasted and the few strange days i spent in the empty streets of that locked down city are quickly becoming a mere memory. Developing and scanning this black and white film brings them back to me before my life returns more and more to a “normal” state. Pictures like these i will not take again soon, no doubt about it.